Steelers Coach Dad Finally Gets His Day in Canton

Share All sharing options for: Steelers Coach Dad Finally Gets His Day in Canton

He's the guy next door.  You can vividly picture him fetching the paper in his slippers holding a cup of coffee, hair almost neat, but not quite.  You want to hug the man, but you are not sure why.  Dick LeBeau, perhaps the greatest defensive mastermind in football history, does not act like the father of the Zone Blitz.  He acts like the father of humility.  Perhaps that is why you want to hug him.

Stand in line.  This Saturday, Lebeau will have his day in the sun that is long overdue.  He will be inducted into the Pro Football Hall of Fame, where he will receive plenty of hugs.  In fact, an entire team of Pittsburgh Steelers, who listen to his recital of "Twas the Night Before Christmas" annually during the holidays, will leave training camp and make a bus trip to Canton to be first in line.  The last time the team was in Canton, when the Steelers played in the Hall of Fame Game in 2007, the defensive players walked off the plane wearing throwback #44 Lions jerseys to send a message that LeBeau belonged in Canton.  They don't need to send a message this time.

Ironically, the man who has waited far too long to be in the Hall could actually be inducted twice - once as a player and once as a coach.  According to NFL analyst Ron Jaworski, "Dick LeBeau is arguably the best ever to coach defense.  He has done it on such a consistent basis over a long period of time." 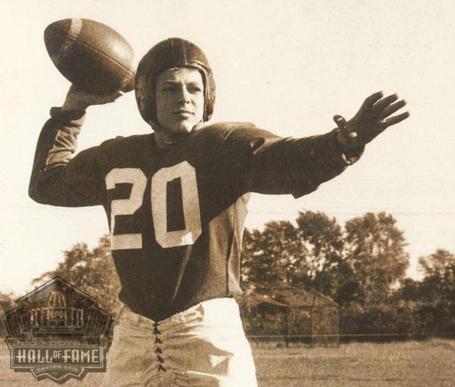 LeBeau was not always the guy next door, the guy affectionately known as "Coach Dad."  Father time has morphed him into that persona.  LeBeau, once a great defensive back and halfback for Ohio State, led Woody Hayes' Buckeyes to the 1957 national championship by scoring two touchdowns in the pivotal Michigan game.  He was drafted in the fifth round in 1959 by Cleveland, and became a rookie free agent for the Detroit Lions after the Browns cut him.  LeBeau spent his entire 14 year NFL career in Detroit, recording 62 interceptions for 762 yards and three touchdowns.  His 62 interceptions are tied for seventh all-time in NFL history.

One of the most durable players ever to play in the NFL, LeBeau still holds the league record of playing in 171 consecutive games at cornerback.  His career spanned from 1959 to 1972.  He also recovered 9 fumbles, returning them for 53 yards and a touchdown.  LeBeau went to the Pro Bowl three straight seasons, 1965-67. 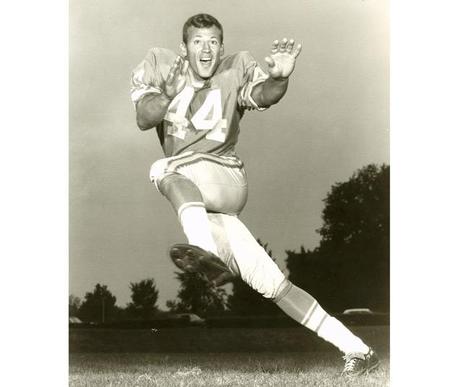 LeBeau immediately became an assistant coach in the NFL, serving stints with Philadelphia, Green Bay, Cincinnati, Pittsburgh and Buffalo.  In Cincinnati he served a term as head coach.  The Steelers first hired him in 1992 (till 1996) and it was no small matter that the team made the playoffs all five years of his stay.  LeBeau came back in 2004 and has never looked back.  When asked how he will handle LeBeau's retirement someday, Steelers' Coach Mike Tomlin declared, "I won't be around when he wants to have that discussion."  Quite a compliment from the boss of a 72-year old man. 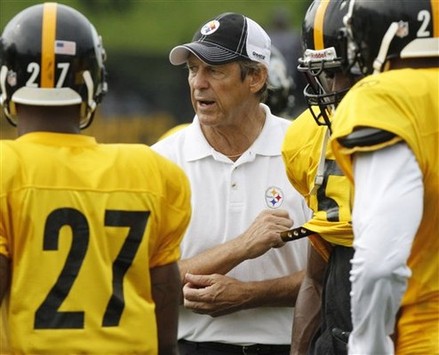 But never let LeBeau's age or Coach Dad image fool you.  He is a fierce competitor.  Credited with inventing the "Fire Zone" or "Zone Blitz" defense, LeBeau systematically deploys unpredictable pass rushes and pass coverages, using the 3-4 defense.  Defensive linemen may drop back into short pass coverage zones to compensate for the pass rush coming from other positions. The concept is intended to confuse the opposition's quarterback.  Many times the pressure feels like a blitz, but is actually not, since not more than four defenders rush the quarterback.  The illusion of a blitz creates pressure and certainly creates confusion in the blocking scheme.

This marks the second straight summer that LeBeau will be honored.  In June 2009, his hometown high school (London, Ohio) dedicated the LeBeau Field House with Coach Dad in attendance, humble as ever.  On Saturday, folks around the country will get a chance to see LeBeau as we Steelers' fans have known for almost 20 years.  Many will watch on television and I'll bet many will say, "Hey, isn't that the guy next door?"