IX- Last year, I remember thinking that Troy Polamalu made one of the best defensive plays I had ever seen in the Week 1 Tennessee Titans game.  Yesterday, the high-flying-Hawaiian had another insane play to add to his highlight reel.  The play did not stop the Titans from getting into the endzone, but it took precious seconds off the clock, which ended up being very important.

X- Another good Pittsburgh Steelers site, One for the Other Thumb, has a bunch of video links to some of the plays from yesterday.  They are up on YouTube, so I doubt they will last very long.  Get over there and check them out now!

XIII- I always dreaded getting report cards when I was back in grade school.  "Aw come on Mom!  That grade only reflects one test grade!"  Anyway, Professor Gerry Dulac of the Post Gazette has recorded his grades and put out the Steelers report card.  It looks like mom is going to ground the offense for the weekend and buy some ice cream for the defense.  The offensive line got a pleasant surprise with a 'B', but that is probably mostly accredited to Maurkice Pouncey. 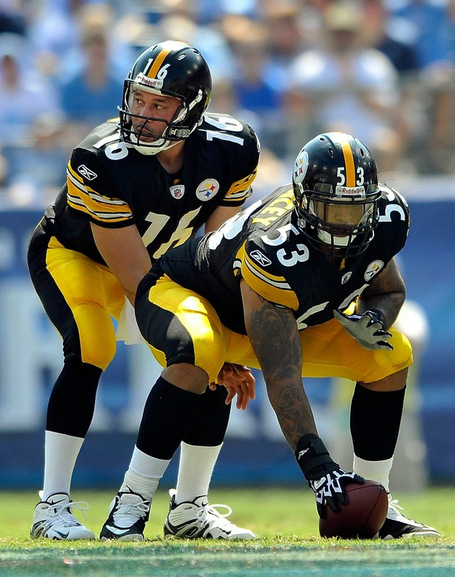 XIV- If you are feeling too lazy (or too hungover after celebratory drinking) to read post game wrap-ups, the guys over at Steelers Lounge did an audio recap of the game.  The combination of their knowledge and a bit of homerism makes the recaps very listenable.  I think some of us at BTSC should think of doing a podcast or a post game show.  Unfortunately, I know nothing about audio or any of that.  Are there any tech savvy readers out there?

XL- The Steelers will work out free agent Quarterback Levi Brown early this week.  I assume that this workout is precautionary in case Dennis Dixon's MRI tells the team something they do not want to hear.  I do not think the injury is that serious, but better safe than sorry.  How many teams in the NFL have ever gotten all the way down the depth chart to a 5th string QB?  I hope that both Byron Leftwich and Dixon heal quickly, because Charlie Batch has been very injury prone. 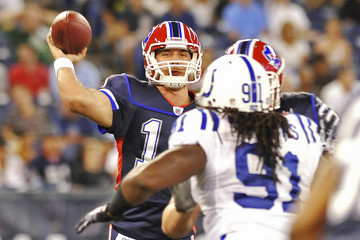 XLIII- Could the Steelers be concerned about their shortage of deep threats?  Outside of Mike Wallace there is very little threat.  I think that the Steelers should heavily consider phasing Antwaan Randle El out of the offense.  I know that Emmanuel Sanders is a rookie, but I think he offers us a lot more than ARE can.  So far, ARE has 3 receptions for 8 yards.  I believe that Sanders could easily handle that work load.  Adding his threat to go deep would take some pressure off Wallace and free up more space for Ward underneath.  All I want for Christmas is... 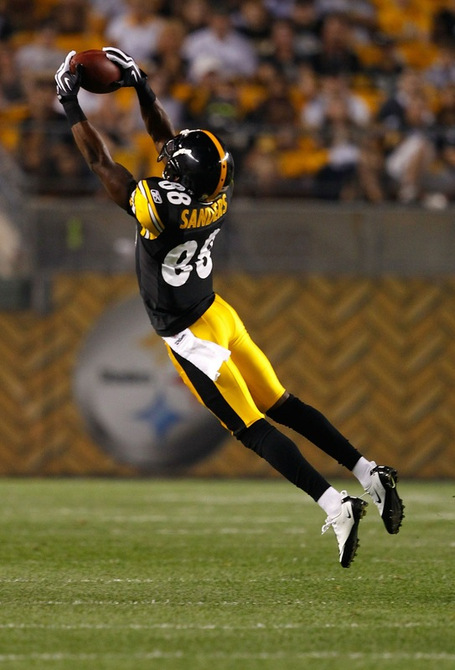