IX- For as long as I can remember, The Pittsburgh Steelers have had the uncanny ability to play outstanding football when everyone rules them out.  Remember in 2005, when the Steelers had a sophomore "game-manager" QB and were written off as the 6th seed in the AFC?  Remember in 2008 when the Steelers had the worst OL in the league and not much offensive power?  Well this year has been no different.  "You cannot win without your starting QB.  That defense is old.  Hines Ward has lost a step and Mike Wallace is no Santonio Holmes.  The Ravens and the Bengals are the class of the division."  After going 3-0, and being the best 3-0 team in my opinion, the Steelers are starting to have praise thrown in their direction.  Well we do not want it.  Keep writing us off as Pretenders.

X- Another game, another injury.  Chris Hoke suffered a sprain to his medial collateral ligament (MCL) yesterday.  Hoke, one of our most valuable back-ups (see the Titans game) will be out for 2 or more weeks with a similar injury to Byron Leftwich's injury.  The Steelers have impressive depth on the defensive line, but with Hoke out we are lacking at NT.  Hampton is generally not an every down player, so I imagine we will be seeing Ziggy Hood or Nick Eason get some snaps at the position.  Get well soon Hoke!

XIII- I have been one of the people that was reluctant to claim Mike Tomlin was a great coach.  Yes, he won a Superbowl and that is nothing to sneeze at.  However, he followed it up with a rather disappointing year (even with the injury to Troy Polamalu it was disappointing).  Anyway, I think Tomlin has  been doing a phenomenal job since last year.  First of all, firing Bob Ligashesky and Larry Zierlein to bring in Al Everest and Sean Kugler has proven to be a tremendous move thus far.  Moreover, he has handled an impossible QB situation with no set precedent quite admirably.  Also, someway, somehow he has instilled in the 2010 Steelers that they do not win with just one player (i.e. Ben Roethlisberger).  Anyway, I just wanted to go off on that tangent and give respect where it is due.  My favorite quote from his presser after being asked about whether he should have started Charlie in weeks 1 and 2: ""Man, I don’t get do overs. I don’t live in that world. I’ll let you guys talk about that. Right now we are 3-0 and we are getting ready for Baltimore." 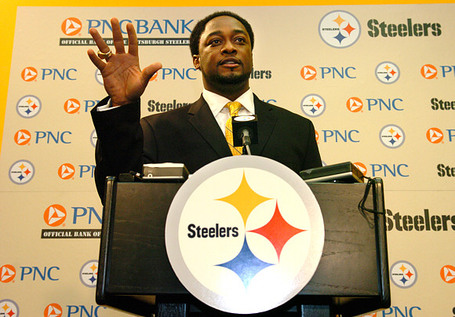 XIV- Ed Bouchette sometimes writes with a bit of tongue and cheek in his columns.  Before the game yesterday, he wrote that maybe the Steelers should be considering Antwaan Randle El as their starting quarterback.  That is definitely a facetious thought from the Steelers beat writer, but it makes me respect ARE a little bit more.  You must consider that the team is asking a lot from him right now, and he has not missed a beat.  Yeah, his returns are not what they used to be and he has not made a lot of receptions, but he has been doing arguably more than anyone on the team.  Respect. 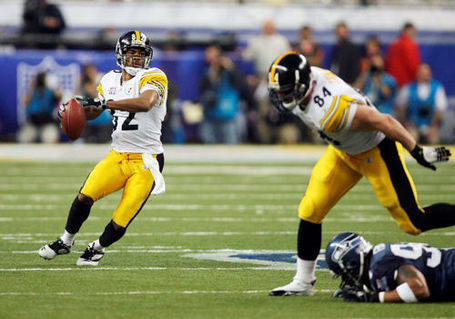 XLIII- Not cool dude, not cool.  If there ever were a list of "Man-Laws", I believe that this one would be in the top 3:  Defensive End Shaun Smith of the Kansas City Chiefs has been accused of grabbing the family jewels of opposing players 2 games in a row now.  What the hell dude?  If he keeps that up, he is going to be seeing a lot of cheap shots coming his way.