In the olden days, the Taxman was the most hated guy in town.  He was the guy who went from door to door collecting tax money from people who hated to see him coming.  It didn't matter that he might have been a really nice guy, or that he might have done his job exceptionally well.  All that mattered was that the nature of his job was such that he wasn't going to win any popularity contests.  He knew it and his family knew it.  His kids were ridiculed in the school yards.  His wife had trouble showing her face in the market.  That was the job. 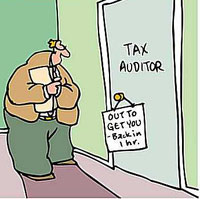 Today we no longer have the Taxman, but its modern day version is called "offensive coordinator."  Call a brilliant game and you never hear your name mentioned.  Run a play that doesn't work and eight million arm-chair experts start the harpoon-fest.  That's the nature of the job.  They accept that fact when they agree to the job.  Their wives have trouble in the marketplace and their kids are subject to ridicule in the schoolyards.

With the New York Jets having just lost in the NFL Final Four, the fans of Gang Green are calling for the head of Brian Schottenheimer.  They have been all season, even though the Jets have reached the AFC Championship twice in a row.  It's the territory.  When the Ravens lost to the Steelers the week before, Cam Cameron was beheaded on all the Baltimore blogs, and he too has been torched all season.  And these are the great teams.  In Cleveland, Brian Daboll was chased from the lake, but fortunately for him, he landed in Miami, where Dan Henning was guillotined. Then there's Bob Bratkowski of the Bengals, Charlie Weiss bolting Kansas City, the Denver mess, on and on, and I haven't left the AFC.

Offensive coordinators are like baseball managers.  Hindsight is their worst enemy.  Take out a pitcher and give up a couple runs and you should have never taken the pitcher out.  Leave the guy in and give up a couple runs and you should have taken him out.  In football, there are situations that guarantee criticism, unless the play works, and in that case, no one says a word.  If you run an end around reverse, it better work or the fans will bemoan a stupid call.  Third down and one at the goal line is my favorite.  If you try to punch it in and get stuffed, "everyone in the stadium knew that was coming."  If you fake, roll and throw incomplete, "just punch the damn ball in."  There's no way out, and the Taxman knows it.

Go troll around SB Nation and read the mountains of vitriol aimed at offensive coordinators (unless you have Brady, Manning or Brees who can do the job without them).  All of this, while extremely annoying to me, at least soothes my defense of Bruce Arians.  At least it's universal and not just in Pittsburgh that four million people can do the job better.  At its very core, Arians is shackled by the fact that the Steelers have an offensive line put together by duct tape, castoffs and Elmer's Glue.  With this engine, despite a pretty body, nothing will be easy.  Someday I hope that man gets a decent, cohesive offensive line that does not play musical chairs.  He deserves it.

There are many reasons why I want the Steelers to win the Super Bowl, of course, and Bruce Arians is one of them.  He will never be respected.  He might watch film 10 hours a day and spend another 10 hours in practice and meetings, but there is one thing he doesn't have that will always be used against him, and that is hindsight.  He is working a job opposite a Hall of Fame legend, a coach everyone loves to love.  He is the Wicked Witch standing alongside Glinda..  He cannot win in the game of public appeal.  If the Steelers come up short, it is because of him.  If they succeed, it is despite him.  There is no way out.  He knows it, his family knows it and the entire Steelers organization knows it.

"People who know football know how good he is," claimed Ben Roethlisberger at a recent press conference.  "The people in this building know how good he is."  Unfortunately, Arians will have to settle for the inner core, because out on the streets he will always be the Taxman.