A Sobering Side to the Super Bowl

Share All sharing options for: A Sobering Side to the Super Bowl

I know that regular readers of this site are accustomed to my attempts at humor, so I want to warn you in advance that I am dead serious in this post. Today I was told that if this year is like previous Super Bowls, large numbers of girls and women will be brought to Texas to be offered for sale.  Some of the girls will be under the age of 10.

Greg Abbott, the Texas Attorney General, recently stated "The Super Bowl is one of the largest human trafficking events in the United States." Joseph Ullmann, an FBI special agent who handles crimes against children cases, said agents working at the last few Super Bowls have told him the scale of prostitution was "incredible." Abbott will be sending staff members to assist local law enforcement in cracking down.

You can find more information here.  The site also has links to sites of organizations that attempt to prevent human trafficking and/or work with the victims. 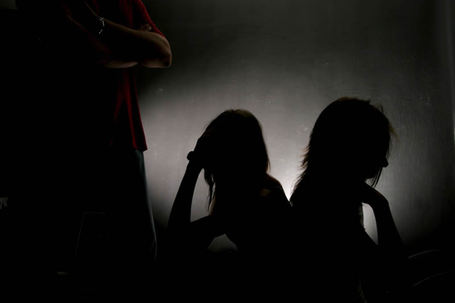 Here is a link to the "I'm Not Buying It" campaign. There is a petition on the page that you can sign that is asking the Super Bowl Host Committee to publicize this issue.  Also on the page is a video that Cowboy player Jay Ratliff made in support of the campaign. Whether or not there is a huge increase in human trafficking that is directly attributable to the Super Bowl, (a point I've seen disputed,) it is a great platform for making more people aware of the issue.

In researching this issue I've noted that there are a lot of discrepancies in the estimated number of people considered to be victims or potential victims of human trafficking in the U.S.  Understandably, it's difficult to get firm statistics about illegal activities, especially ones that carry such heavy penalties.  It seems clear, though, that homeless youth are at enormous risk.  There are between 1 and 1.3 million runaway teens each year; studies estimate that one in three will be lured or forced into prostitution within 48 hours of landing on the street.

I'm not prepared to argue the age-old 'victimless crime' discussion.  This isn't about full grown women with other options freely choosing to offer their services to the highest bidder. This is about the enslavement of girls and women that are powerless to stop it.  It isn't a pleasant subject, and isn't something that most of us want to think about or even acknowledge. But I hope that some of you will take a moment out of the excitement and check out a few of the links. The first step towards change is knowledge.  Thanks for listening.