Share All sharing options for: Thoughts and Ramblings After A Brutal Steelers Week 15 Loss at San Francisco

We're a bit behind, thanks to a certain rewind function of NFL games not providing the Steelers game until today. We'll have stuff on the upcoming Rams game soon enough.

It was definitely a tough one to watch once, let alone twice. So many chances...so many miscues. The positive to take away from this is the score doesn't reflect the game play-by-play. San Francisco's a good team, and they deserved the win, but Pittsburgh wasn't far off many times from flipping the result the other way.

Let's dig into this: 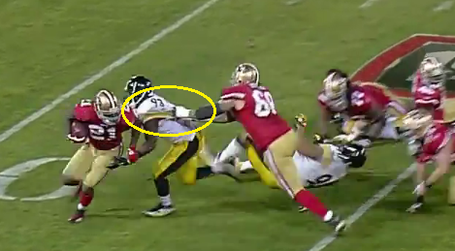