Share All sharing options for: BTSC Steelers Daily Six Pack - Transitioning Into the Off Season Edition

IX- The Steelers have begun to beef up their roster for the off season.  A couple of the names are familiar like Tyler Gresham and Eugene Bright.  The others are all new names to me.  The Steelers have not confirmed this, but a source has confirmed that the paper work was turned into the NFL.

X- Troy Polamalu did not really make any splash plays int he playoffs like we expected he would.  Well, this guy has a theory on what happened.  He believes that Troy was playing a lot of help over the top due to the injury to Bryant McFadden.  McFadden's need for help kept him from roaming the field and out of the box.  That sounds about right to me.

XIII- It is no surprise at all, but the NFL labor meetings were canceled this week.  From what I have heard, the players and their coaches are about a billion dollars off in their argument.  The more I hear about this, the less likely I think there will be a 2011 NFL season.  When baseball was on strike a few years back did not the government step in?  Could something similar happen to football? 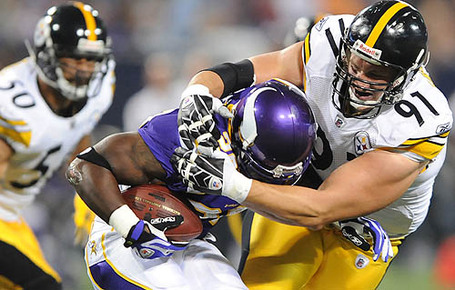 XIV- One of the big stories this off season will be what the Steelers decide to do with Aaron Smith.  Steelers Lounge gives a nice break down of the situation.  I think if the Steelers cut Smith they would be severely hurting their depth at DE.  Nick Eason and Steve McLendon are nice stop gaps, but I would not feel comfortable with either starting a significant amount of time if Ziggy Hood or Brett Keisel went down. 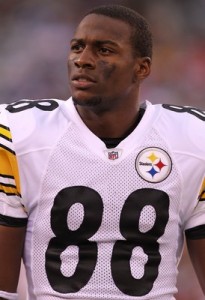 XL- Emmanuel Sanders underwent surgery on the broken foot he suffered in the Super Bowl.  When I heard it was broken I was shocked.  You have to admire Sanders desire to play that he tried to play on the broken foot.  This kid is a Steeler.

XLIII- I have always had a fascination with keeping up with former Steelers players that were personal favorites of mine.  Long-time Steeler Deshea Townsend, an underrated DB for most of his career, was one of those guys.  Townsend decided to retire last year after a short stint with the Indianapolis Colts that came after the Steelers released him.  Now, Deshea has been hired to help coach the Arizona Cardinals defensive backs, which is a great honor.  Side note: it still cracks me up that Ken Whisenhunt cannot seem to get away from signing people with ties to the Steelers organization.