BTSC Steelers Daily Six Pack - "Tag, You Are It!" Edition

Share All sharing options for: BTSC Steelers Daily Six Pack - "Tag, You Are It!" Edition

IX- Could the Steelers use the transition tag on Ike Taylor?  This tag is different from the franchise tag, because it gives a player the chance to sign a contract elsewhere.  The tag is equivalent to the average of the 10 highest paid players at their position.  I believe a player can chose to sign that transition tag contract or opt to sign a contract with another team (I think the contract has to be worth more than the tag).  Then, the Steelers have the ability to offer the same contract if they would like.  I think the chance of this happening is unlikely.  I really do not see any kind of situation where the Steelers do not resign Ike to a long term deal.

X- Pull out your Cornerback free agent wish list and cross off Champ Bailey. He just resigned with the Denver Broncos on a massive 4 year deal.  The deal totals more than $40 million dollars, over $10 million a season.  Apparently, overpaying CBs is becoming the new overpaid DT or LT.  This means a lot for the Steelers too, because this deal may have just made it more expensive to sign any FA CB out there.  Other agents will see this deal and then try to scale their players off of it.  The big fault in that is that the Broncos overpaid Champ.  Do not get me wrong, I think he is an exceptional player, but no CB should be making that money, especially when the player is over 30.  Thanks a lot Denver. 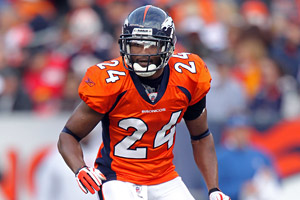 XIII- Around the league I have seen posts pop up debating how much a lockout would affect each team.  The Tribune just put up an article debating how much it would influence the Steelers.  His argument is that the Steelers really do not need the off season like most teams because we do not depend on rookies or FAs to come in and make immediate impacts.  Usually I would agree, but I think there needs to be an immediate change at CB.  If not immediate, we need a draft pick to be able to crack into the starting line up by the middle of the season.  Also, if the NFL has a complete lock out, the Steelers cannot afford to give away a season.  We all know that we are relatively old on defense and giving away a season would be a big loss.  I do not think we have a "window" to win right now, because I know we rebuild on the fly better than anyone, but we should be able to compete next year.  I do not want to throw that chance out the window.

XIV- Coach Mike Tomlin is taking his time filling the defensive backs position.  Although it was reported he interviewed with Chuck Cecil last week, he has not.  My assumption is, that being a former DB coach and knowing that we need solid coaching in this area since we lack talent, Tomlin wants to find the perfect candidate.  He says he is in the information gathering phase and is not leaning in any direction.  I read a good bit about Cecil last week, and I like him, but I am pleased that Tomlin is not rushing to any decision, especially in what might shape up to be a long off season.

XL-Since the Steelers will be drafting at 31 (unless they trade up or down) they are probably looking at a prospect in the 20-40 range.  A bunch of websites have been putting together their "Top 50", "Top 100", etc prospects lists.  A couple that I have come across that are worth looking at are Sports Illustrated, Mocking the Draft (great site for in depth and free draft news), Consensus Draft Services, and CBS.  I have done a bunch of shifting of my Steelers "big board" for the first round over the last few weeks, but right now it would be: 1- CB Brandon Harris, 2-NT Phil Taylor, 3-O(riginal)G(angsta) Mike Pouncey, 4-FS Rahim Moore, 5-DE Cameron Heyward, and 6-OG/OT Gabe Carimi. 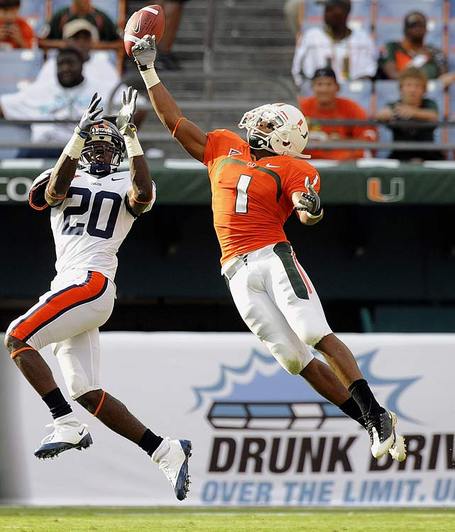 XLIII- Our fearless leader, Michael Bean, recently did an interview with Pittsburgh Sports Daily Bulletin.  He puts his own spin on the questions asked of Tony DeFazio in yesterday's six pack.  As always, Mike has some unique and interesting view points.  It is worth the read.