As Tim (HSS) and I continue to bring you player profiles of potential Steelers targets in the 2011 NFL Draft, I thought I would shift the focus from the first round to the second round. If the Steelers take an offensive lineman in the first round, or address some other need besides the secondary, then they will definitely have to take the best cornerback available at pick 63. So with that in mind I decided to profile Virginia CB Ras-I Dowling who is a personal favorite of many of you in Steelers Nation. 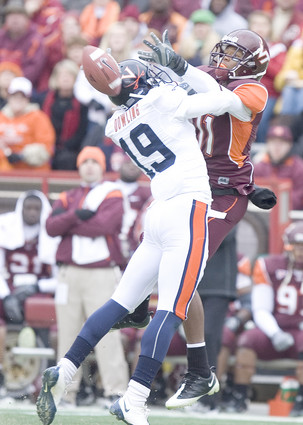 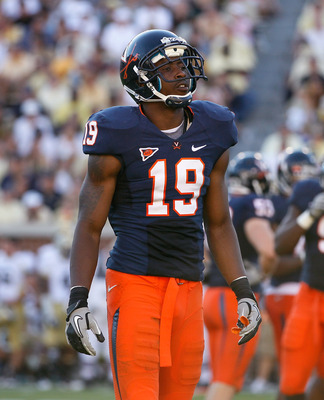 Pros: Ras-I Dowling's best attribute is his size. At 6'2", 200lbs. he's ideal size to defend NFL receivers. He also has good but not great hands, at Virginia he had 8 career interceptions. He plays best in zone coverage because of his vision and ability to break on the ball which is a perfect fit for the Steelers defense. He uses the sideline well like Darelle Revis to trap WR's into confining themselves. In run support he is a willing and vicious hitter but still manages to make secure tackles. While not known for his speed he has surprisingly good straight-line acceleration.

Cons: Dowling's biggest issue is his lack of speed which is why many people feel he'll have to move to Safety in the NFL. During the combine if he runs a 4.45-4.50 he'll be fine and may even find himself sneaking into the top 40 picks, but he's currently expected to run about a 4.55 which wouldn't be good for him. A 4.55 or worse means that he'll be a liability in man-coverage and will almost have to switch to Safety. In the NFL he'll definitely have trouble with faster WR's. The other issue is with his health. Dowling's 2010 season was a wash as he only played in 5 games, finishing only 3 of those, and sustained an ankle fracture which ended his season. 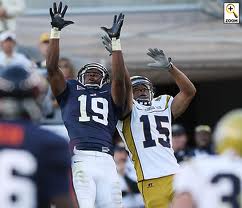 Draft Stock: As previously stated Ras-I Dowling's draft stock will be almost entirely dependent on how fast he runs the 40 yard dash at the NFL combine. If he runs slow he could make up some ground if he can get through the cone drills with speed and fluid motion. if he runs well Dowling could go as early in the second as Denver at 36, Houston at 42, Detroit at 44, and to many of the other CB hungry teams. Given that I expect him to run about a 4.55 40 he should be available at pick 63 for the Steelers. Keep in mind through that may teams may view him as a Safety instead which could change his draft stock altogether.

NFL Player Comparison: New Orleans Saints CB/FS Malcolm Jenkins
As with Jenkins Dowling has good size for the position, is great in zone coverage, but his questionable speed will probably facilitate his move to Safety at some point.

Final Word: As with most in Steelers Nation I am a big fan of Ras-I Dowling. He's a tough competitor and a perfect fit for the Steelers defense. His speed, or lack thereof, gives me concern though. While his abilities will help more than it will hurt the fact that he'll get burned by the faster receivers bothers me a lot. However if the Steelers draft him with the intention of eventually moving him to Free Safety I would be overjoyed. But who knows, this weekend at the combine he could run a 4.45 40 and his speed will be a moot point. With his speed and injury problems I wouldn't consider taking him in the first round, although he has first round talent, but at the end of the second I would be very happy taking him if he were available. 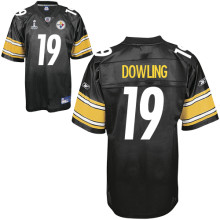