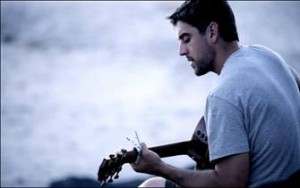 One of the singers in my professional chamber chorus sent me a link to an article this morning that I initially blew off as not worthy of my attention. As I looked at it again, though, the implications profoundly shocked me.  Here is how the article begins: (you can read the whole thing here)

The Green Bay Packers are a slight favorite over the Pittsburgh Steelers in this Sunday's Super Bowl. Oddsmakers and football analysts typically base their predictions on the strength of offenses, defenses, players and coaches. But Morning Edition music commentator Miles Hoffman has broken down the game differently: by weighing the musical talents of the teams and their home cities.

Okay, so far so good - I like the premise.  He begins by stating that at first glance it would appear to be no contest in favor of Pittsburgh.  Upon reading this, I found it difficult to imagine how the author could even make a case for Green Bay.  After all, Pittsburgh has an enormous range of professional ensembles, some world renowned, as well as myriad semi-professional and amateur ensembles devoted to almost everything you can imagine, from klesmer bands to civic orchestras. Naturally, there is a rich choral tradition as well, with groups specializing in everything from Bach to barbershop.  Pittsburgh boasts not one but two professional opera companies, as well as small seat-of-the-pants companies performing full-length works. If you prefer early music, Chatham Baroque is an internationally-known ensemble, and the Renaissance & Baroque Society presents the cream of the early music scene.  Pittsburgh has a rich jazz tradition and has produced some of the finest jazz artists of all times. There are at least two universities with well-regarded music schools, and a small performing arts university that has a disproportionately large number of graduates working on Broadway.  But the jewel of the Pittsburgh music scene is the Pittsburgh Symphony, which, as Hoffmann states, "is really one of the great orchestras of the world."

The author then proceeds to enumerate the 'excellent musical institutions' in Green Bay, including the 97-year-old Green Bay Symphony. He does, however, rather gloss over the fact that this is somewhat like comparing, well, this year's Pittsburgh Steelers to this year's Carolina Panthers.  Yes, they are both football teams, staffed with professional football players, but the similarities end there.  Hoffmann posted two sound clips, one by the Green Bay Symphony and one by the Pittsburgh Symphony, for listeners to make their own comparison.  But here is where it first becomes clear that there is skulduggery at hand.  The Green Bay recording is with a guest conductor and must have been made in the past 4 or 5 years, as the conductor is quite young.  On the other hand, the conductor for the Pittsburgh Symphony recording last conducted the group in 1976. One could certainly argue that the Pittsburgh Symphony is a better orchestra now than it was in the early 1970s, and there is also no question that this recording still blows the Green Bay Symphony out of the water.

But, says our sage:

Pittsburgh may have the edge in musical pedigree. But to truly support a team, a city needs a fight song. Both the Packers and the Steelers have official fight songs, but Hoffman says neither gives its team a musical advantage.

"Both are pretty bad, and neither one of them is exactly Mozart," Hoffman says. "So I don't know if we can judge there."

The first sentence verges on the ridiculous.  To say that Pittsburgh "might have the edge" is a bit like saying that Brett Keisel might have a slightly better beard than Ed Reed.  Again, they are both composed of hair, but there the similaries cease.

I do concede his second point - "Here We Go, Steelers" is never going to win any awards for originality or tunefulness, and the Pittsburgh Polka that it replaces is more tuneful but significantly more irritating.  So let's see how Mr. Hoffman handles the problem:

On the teams' lineups, though, the winner is clear. Several Steelers have held positions on the board of the Pittsburgh Symphony. But Green Bay players sweep the field with their musical talent.

And upon what evidence does Mr. Hoffman base this breathtaking generalization?  The fact that Aaron Rodgers plays the guitar, and that five of the other players have taken class piano lessons.  Mr. Rodgers may be an excellent guitarist for all I know, although a lot of people who "play the guitar" are capable of playing enough chords to get through "Kumbaya" (that would be three) and nothing more.

As to the gentlemen that have taken class piano lessons, believe me, I applaud this.  But it is almost inconceivable that the sounds that are being emitted as they play the keyboard are pleasant to listen to.  Trust me - I've taught class piano.  They are undoubtedly better than the sounds would be if they had taken class violin lessons - which is a bit like saying it hurts less to be tackled by Troy Polamalu than by James Harrison, because Troy is smaller. 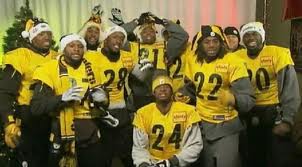 And finally, Mr. Hoffman completely ignores the Steelers' musical endeavor - the annual video on Steelers.com in which the all of the players sing Christmas carols.  It ranges from bad to dreadful (although Ryan Clark has a great voice, actually) but not only is it clearly superior to the plinkings of barely musically literate linebackers, it's funny as well, and thus possesses entertainment value to bolster the rather minimal musical value.  I am willing to bet that at least a few Steelers play musical instruments, including, I suspect, the guitar. Said guitar player might even own a capo, as Mr. Rodgers demonstrates in the photo, so that he can play "Kumbaya" in several different keys, using those same three chords.

I think that Mr. Hoffman's agenda is only too clear, which is to throw an element of uncertainty and self-doubt into the Steelers camp.  I am pleased to be the one to expose this vile plot, and I would be happy to hear any rebuttal that the author of this piece of yellow journalism might care to put forth.  So slap on your Cheesehead, Mr. Hoffman, and face me and my Terrible Towel like a man!

(Note - although I wouldn't really fancy sparring with Mr. Hoffman, I would be more than happy to discuss music theory with Aaron Rodgers, and even to evaluate his playing, should he care to demonstrate his prowess. And if any of the Steelers would like voice lessons, I would be happy to oblige.  Or even class piano - but please, not the violin...)