Earlier today we discussed the possibility of the Arizona Cardinals luring away the Pittsburgh Steelers linebackers coach, Keith Butler, to be their defensive coordinator. That development was contingent on the Steelers granting Butler permission to interview with Ken Whisenhunt and the Cardinals. Well, turns out that permission was denied. Whisenhunt apparently was adamant on bringing on a member of the Steelers staff, so he turned his attention to defensive backs coach Ray Horton instead. According to reports coming out of Arizona, Horton will accept the Cardinals offer to become their new defensive coordinator, with an announcement coming as early as Wednesday.

The Dallas Cowboys had also expressed interest in hiring Horton, but if said reports hold true, Horton is more interested in reuniting with old friends and colleagues in Pittsburgh West than he is starting anew in Dallas. Jason LaCanfora just tweeted however that Horton will accept the Cowboys job though, so who knows who to believe just yet. But it's safe to say that Horton won't be back in Pittsburgh in 2011. 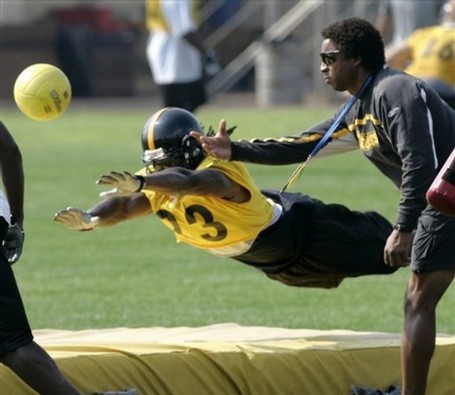 Horton is a 16-year coaching veteran in the NFL, and has spent the past seven season in Pittsburgh. A 10-year player as well, Horton, like Butler, knows Whisenhunt well from their time together in Pittsburgh.

Stay tuned to see if this report is indeed true. If so, we'll talk about Horton's tenure in Pittsburgh the past seven years, as well as possible replacements to coach the Steelers secondary moving forward.