Ahhh, our first dose of comedy in the 2011 BTSC Community Mock Draft. And what do you know, it's compliments of one of BTSC's veritable pranksters, Dwight White's Missing Tooth. DWMT's real pick comes at the end of his writeup, but enjoy the comedy lead up to it first. Next up: The San Francisco 49ers, represented by longtime reader and contributor Michael Ulhorn. - Michael B. -

President and General Manager Mike Holmgren once again proves his genius by both thinking outside the box and filling a need. 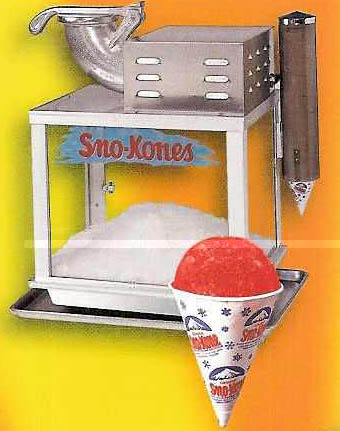 "Look", said Holmgren, "Let's face the facts. No one wants to play in Cleveland. Our team sucks, our city sucks. Hell, our state sucks. But you know what doesn't suck? Snow Cones!"

"I'm just surprised the snow cone machine fell this far. Picking as low as 6th is something new for us, so we did not know what to expect."

"All last season, I really had a craving for something that was both sweet and satisfying. And after trading Brady Quinn, nothing on our roster met those qualifications. With this pick, my cravings will be satisfied at last," he added, snow cone juice dripping from his walrus-like mustache.

Holmgren went on to say that the Browns' front office has scouted several frozen treat machines after the Browns were eliminated from the playoffs last August. They considered a Slurpee Machine early in the process, something they have not had since the Tim Couch-era. In the end, they decided on the snow cone machine. Insiders say the determining factor was how "Cones" is spelled with a "K" on the machine. Holmgren said this was a sign of the kind of toughness and creativity he likes to see in a frozen confection machine. "That and the fact that it comes with 75 cups and a bottle of Blue Raspberry."

The Browns expect the Snow Cone Machine to contribute from day one. "Training camp is usually hot and our mouths get really, really dry," said second year quarterback Colt McCoy. "This will definitely help with that. I bet those danged old Steelers don't have one."

Trainers are now working with the Browns' players to avoid the inevitable rash of brain-freeze that could sideline most of their players even before the season begins. "We'll just have to learn to suck slowly, not quick like we always do", said running back Peyton Hillis.

Cleveland's 41st year of their 50 year rebuilding plan kicks off with this year's draft. And when your highlight film is entitled "Oh, God!, Will It Ever End?", you have lots of needs.

The team has improved over the last few years, but have two glaring needs: 1) a big threat receiver and 2) a pass rushing defensive lineman as they switch back to the 4-3. The fact is the Browns did not lose games because of their defense last year, so offensive help would seem to be their most pressing need. In general, Cleveland's receivers suck and Green will cause them to suck less.

Green's downsides include his relative lack of strength, poor blocking ability, and his addiction to licorice jellybeans which make his teeth look like he lives in London. 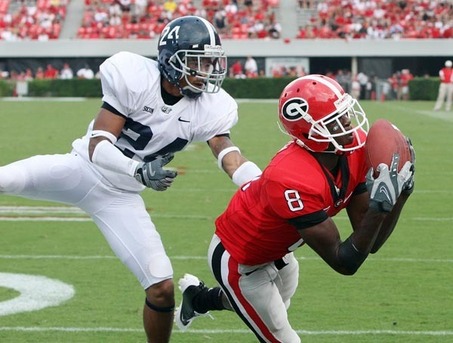