We're three quarters of the way through now thanks to WVPiratesFan's pick at No. 24 for the Saints. Many thanks to him for the pick and all the activity over the years. Next up: the Seattle Seahawks, represented by Lil_DWilliams17. - Michael B. -

The Saints' Defensive Coordinator Greg Williams like to blitz, unfortunately they only have one pass rushing end. So to fix that situation they go out and get a pass rusher and Justin Houston is that guy. While some people have him at 3-4 OLB, I feel that at his size, 6' 3" 270 lbs., he is a 4-3 End. He has the burst to be a speed rusher and the size to hold up in the running game, while he does struggle with his change of direction skills from time to time he is great at locating the ball carrier and honing in like a heat seeking missile. While he does need to get better at using his hands while engaged with a blocker, that is something that can be taught. With this pick the Saints get a pass rusher opposite Will Smith, that will help take pressure off of him and will allow Greg Williams to dial back some of the blitzes while making more of these grand gestures. 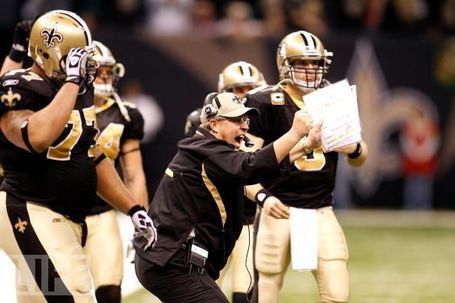