Share All sharing options for: Steelers 2011 Draft: A Case for Aaron Williams

While preparing for the BTSC Mock Draft, I was writing this piece about Aaron Williams.  When the pick came due, Nate Solder fell to number #31, so I acquiesced and took the better player.  A few days ago when I saw Mel Kiper's latest mock, he had the same Aaron Williams going to the Steelers.  Part of me is wishing I had stuck to my guns with Williams in our mock.  When you pick #31, every year there will be a player or two who drops unexpectedly.  That's the nature of the beast.  Teams will reach for guys they love and others will trade up for a surprise or a quarterback.  But assuming that no one falls and everything goes according to Hoyle, I'd like to make a case for Aaron Williams.  The only reason this guy isn't rated higher is because he is one of those tweeners, but let's take a closer look. Shortly after the 30th pick of the 1989 NFL Draft, the Pittsburgh Steelers took a hybrid defensive back - one of those cornerback-slash-safeties, who was 6-1, 205 pounds.  He actually played outside linebacker for three years at UCLA.  His name was Carnell Lake.  When questioned by the media as to what position he would play, Head Coach Chuck Noll, with his renowned pointed brevity, gleamed "He's a football player. He'll do just fine."  Lake went on to play both safety and corner for the Steelers, a borderline Hall of Famer, appearing in five consecutive Pro Bowls. 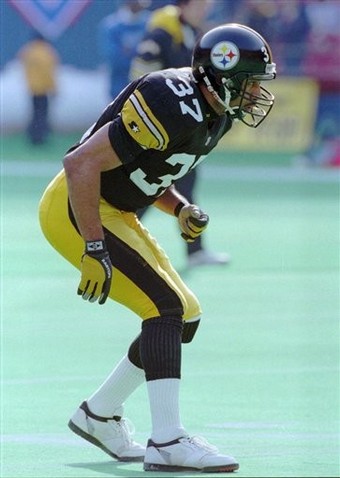 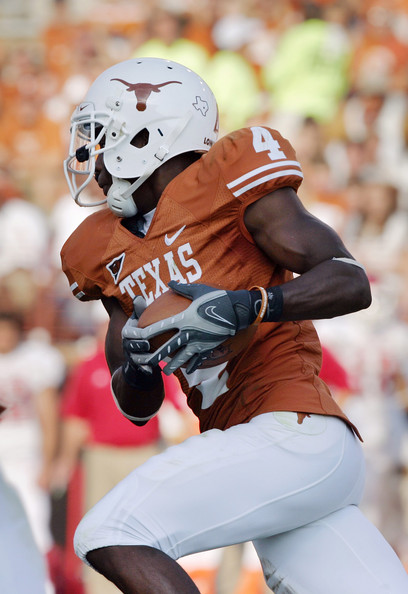 Shortly after the 30th pick of this upcoming 2011 Draft, the Steelers might take a hybrid defensive back, almost identical to Lake (6-0, 204 pounds).  His name is Aaron Williams.  It is a good bet that Williams will end up at safety. In fact, he's the best safety in the Draft, but he will at very least be an effective cornerback early in his career, especially if he sheds about 10 pounds.  Some people are apprehensive about taking guys who are "tweeners."  Their worry is that if you are caught in between positions, you might be the master of neither.  Conversely, the Steelers have historically embraced the notion of position flexibility, as evidenced by far more than Carnell Lake.  Recent high-round selections include Lawrence Timmons, a hybrid inside/outside linebacker, LaMarr Woodley, DE/OLB, Rashard Mendenhall, small back/big back and Maurkice Pouncey, both a guard and center.  Dick Lebeau would drool at the opportunity to have a guy who can play both cornerback and safety.  Recall the Arizona Super Bowl when Ike Taylor dropped into cover two while Troy guarded receivers close to the line of scrimmage.  The more versatile weapons Coach Dad has in his arsenal, the better the chess master can move his pieces around with genius.

Of course, it will take time for Williams to learn the ropes.  He's not going to be an overnight Superman.  Over time, Williams will help the Steelers in so many ways.  He's a football player.  Incredibly, dude blocked four punts in one season at UT, and five in his college career.  Williams is not afraid to play close to the line of scrimmage, with exceptionally quick hips that can turn and stay with receivers.  He also has very quick feet to match the hips, a prolific combination.  A student of the game, he reads plays well and can backpedal and change directions fluidly.  Williams' lower body is powerful, allowing him to leap both horizontally and vertically.  A big-game player, Williams used his 38-inch vertical leap to intercept Oklahoma's Landry Jones, who thought he was throwing the ball away, to preserve the Longhorns' 16-13 win over their archrival in 2009.

With his size and strength, Williams loves to tackle.  He will stick his nose on the ball, can blitz from the corner and has remarkable instincts to make plays.  In that same game against Oklahoma, it was Williams who sacked Sam Bradford, ending Bradford's college career on a clean hit.  Williams is a good man-to-man defender, but will need to polish up his bump-and-run and press techniques on the NFL level if he stays at corner.  The rap on Williams is that he doesn't possess track-speed to keep up with speed merchants on long pass plays.  His 4.56 combine time is no different than Joe Haden a year ago.  Williams then ran a 4.42 at his Pro Day, just like Haden.  Remember that Haden was drafted 7th last year and had six picks as a star rookie.  Of course, if Williams had that blazing speed element, he would be long gone before number 31 in the Draft.  But really, the Steelers don't need him to cover DeSean Jackson 60 yards down the field on a regular basis.  They need him to defend passes within 25 yards of the line of scrimmage while the pressure gets to the quarterback.

Williams is a high-character guy who volunteers in the community far beyond the obligatory resume builders.  He is praised by coaches for his work ethic, unselfishness and cerebral approach to the game.  Every coach who has ever taught him from pee-wee through college raves about his maturity, a point that should not go understated.  It is no wonder Williams was a first-team Academic All-Big 12 performer.  Mike Mayock lists him third on his cornerback list, ahead of Jimmy Smith.  Williams is extremely coachable, and who better to coach him than fellow hybrid Carnell Lake?  Having just been hired to coach defensive backs for the Steelers, Lake knows both positions from first-hand experience and understands the transition process as well as anyone.  How fitting would it be for the Steelers to give Lake a welcome-home present, a young version of himself, to start his career as a Steelers' coach?  Aaron Williams is a football player, and just the kind that the Pittsburgh Steelers like.