After his clever gem of a write-up in Round 1, you had to wonder what DwightWhite's Missing Tooth had in store for us in Round 2. Well, let's find out. Next up: the Arizona Cardinals, represented by Lamarr56. - Michael B. -

Following a first round that saw the Browns select a snow cone machine with the 6th overall pick, the organization chose to address the other end of the digestive system in round two by selecting a can of Anti-Monkey Butt Powder.

"We believe our problems are behind us", commented Mike Holmgren. "And this pick is intended to address those problems." 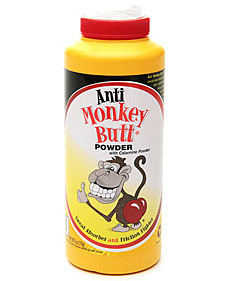 It’s been long rumored that the multiple ass-kickings the Browns suffer each year have taken a toll on their rumps. "No one, except maybe Brady Quinn, can play with a sore tushy", said second year quarterback Colt McCoy.

The chafing, redness, itching, and rectal discomfort experienced by the Browns often caused the players to scratch themselves frantically against each other, the bench, and even coaches. The problem was so severe last year, the Browns recruited several interns from the Cleveland Clinic just to scratch butts.

"This is purely a need pick. No ifs, ands, or butts. And until the league addresses the issue of monkey butt in a more serious manner, we must take care of our own asses," added Holmgren.

Corey Liuget (pronounced "legit") fills a position of substantial need for the Browns. Scouts say he is powerfully explosive with "violent hands" (whatever that means). He is adept at both pass rushing and run-stopping and can be a disruptive force in the backfield. Scouts caution that he seems to wear down late in games and his relative lack of speed makes it difficult to track plays down from behind. 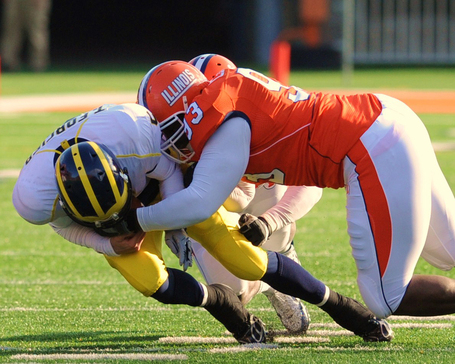 Some mock drafts have him in the top 15 of the first round, so not only does he fill a need, he seems to be a great value in the 37th spot.