It’s no secret that one of the Steelers biggest needs heading into the 2011 NFL draft is acquiring help along the offensive line, particularly at the right guard spot. It’s been a revolving door at the position, with sub-par to average play from the likes of Trai Essex, Ramon Foster, and Doug Legursky.

Everyone in Steeler Nation seems hell bent on getting Florida’s Mike Pouncey to play alongside his twin brother Maurkice. While that would be an ideal situation, the fact remains that unless the Steelers are willing to trade up to get him, then they’ll need to wait to the second or third rounds before filling their need at RG. One player that could fit the bill in the middle rounds, is Will Rackley, a prospect from tiny local Lehigh College that has been gaining quite a bit of momentum throughout the draft process.

Pros: Rackley is the model of consistency and durability. He started 40 consecutive games during his 4-year career, playing the final 3 at left tackle after playing right guard during his freshman season. He was also named a first team All-American by the Associated Press. In addition to the 29 reps on the bench press he did at his pro day it’s also rumored that his max is 440lbs. During the East-West Shrine game he was the star, proving that he could hang with the boys from the big conferences. His greatest attribute is his technique. He’s a natural knee bender and uses excellent hand placement. 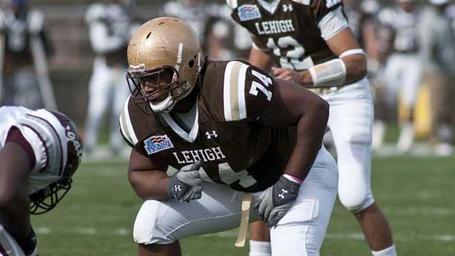 Cons: The only real negative to Rackley is the same negative from a lot of small school prospects, playing against a lack of elite competition. While he shined bright at the East-West Shrine game it’s a very small sample size. How will he far against elite competition on a weekly basis is the question? 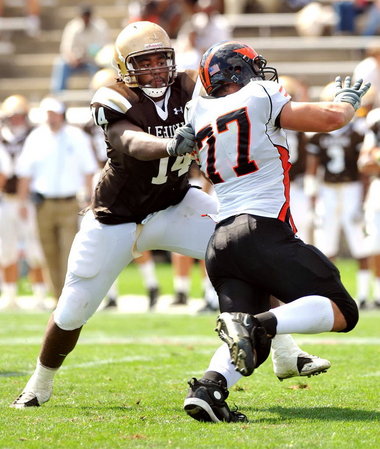 Draft Stock: As already mentioned Will Rackley’s draft stock just keeps climbing and climbing. There were sixteen teams with representation on hand to watch Rackley at his pro day and he didn’t disappoint and all but one, the Seahawks, employ a power-blocking scheme. Before the Shrine game he was probably a fifth or sixth round pick, before his pro day he was a third or fourth round pick, now he could easily go off the board at the end of the second round. 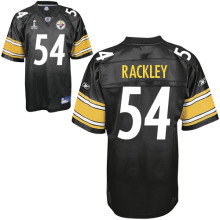 Some people have him listed as the third-best offensive guard prospect behind Florida’s Mike Pouncey and Baylor’s Danny Watkins. He could go as early as to the Colts at 53, the Seahawks at 57, the Falcons at 59, or the Patriots at 60. Most likely he’ll probably be drafted somewhere in the third round.

Final Word: Admittedly I hadn’t seen much of Rackley until the East-West Shrine game. And aside from that game most of what I’ve seen of him has been highlight videos so I’m somewhat uneasy about recommending him to be drafted early. However, having said that the buzz surrounding him appears to be legitimate. Half the teams in the league seem to have him high on their board and from what I have seen of him he seems to be the real deal. If the Steelers want him they’ll need to take him at 63 because he won’t be there at 95. I’m sure the Steelers have done their due diligence on him so maybe they’ll feel he’s worthy of a second round pick.