Share All sharing options for: 2011 NFL Draft Results: Steelers Select Cortez Allen In The Fourth Round

Steelers fans were extermlly nervous after the first two rounds were concluded and exactly zero defensive backs were selected. The third and fourth rounds should appease the fans with Pittsburgh selecting cornerbacks back to back in rounds three and four. In round four it was Cortez Allen from the Citadel that was selected. Allen is a big body at 6'1 and just shy of two hundred pounds. He was an extremely productive player at the Citadel starting for the Bulldogs for three seasons. Allen is certainly very raw after not playing against top level talent in college, but his upside is extermly large. Welcome to Steeler Nation Cortez. 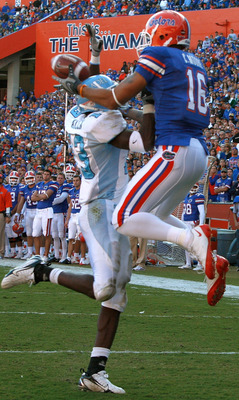