In a recent interview, Atlanta Falcons GM Thomas Dmitrof said that while the lockout drags on, he and the rest of the Falcons front office are staying busy by preparing for the 2012 NFL Draft. So if the NFL's top GMs are preparing for next April's Draft, why shouldn't we? Let's Continue on then with my series on prospects to watch for during the upcoming college football season that will be targets for the Steelers during the 2012 NFL draft I’ve decided to focus on the guard position. I began the series with a look at some prospects at the Nose Tackle position. Let's change sides of the ball now but stay in the trenches.

The offensive line has been a huge position of needs the last few years, particularly since the 2006 season. Starting with the ’06 season Ben Roethlisberger has been sacked 46,47,46,50, and 32 times. The only reason he his season sack total was so low last year is because he was suspended the first four games. If you adjust the numbers to 16 games he would’ve ended up with 43 sacks on the year. I guess 43 isn’t 50, but it still isn't an acceptable number really.

Free agency is going to play a big part of what happens to the offensive line. The prevalent issue is with Willie Colon. Under the old rules he would be a restricted free agent but who knows what will happen once a new CBA is reached. If he’s still in a Steelers uniform for 2011 I’ll be curious to see what the Steelers do with him with Flozell Adams on the roster. Many in Steelers Nation, including myself, would like to see Colon moved inside to guard with Adams manning the right tackle position. That configuration would seem to optimize all of the talent available. Be even still, as last season showed everyone injuries can and will affect the line. Flozell Adams is 36 years old and if he falters Colon will once again be playing right tackle. Then we will once again get to see the subpar carousel of Ramon Foster, Trai Essex, and Doug Legursky attempting to fill the void at right guard.

The light of the moment is 2011 second round draft pick Marcus Gilbert from Florida. Who knows if he’ll play tackle or guard? When the 2012 season rolls around he could be our starter at right tackle. Flozell Adams’ contract will be up and he’ll probably be gone. Colon could be gone as well and the Steelers may have no choice but to play Gilbert at right tackle and that would still leave the Steelers with that ever-present issue at guard. 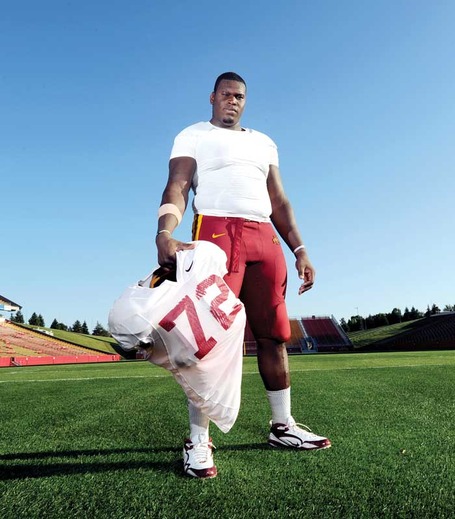 At this moment Osemele is the cream of crop with regards to the guard position. He plays left tackle for the Cyclones but will have to switch to guard or right tackle in the pros. While he does possess good agility for his size he doesn’t exactly have enough lateral agility to protect a quarterback’s blind side, although neither does Max Starks so I guess theoretically Osemele could play left tackle. Where he really shines is as a run blocker. He’s an absolute mauler and would seem like a great fit for the Steelers offensive line. In fact many of the early mock drafts around the web have the Steelers selecting Osemele in the first round. 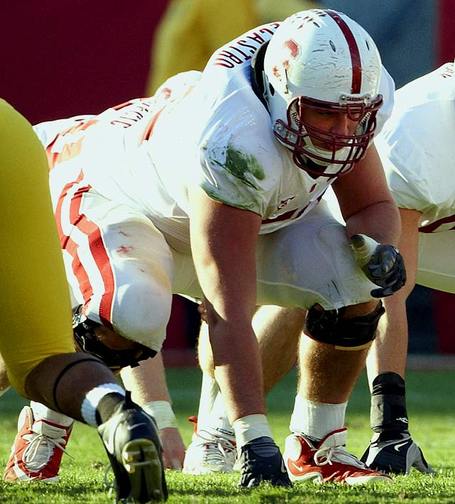 I’m sure one of the reasons that quarterback Andrew Luck decided to return to school rather than cash in on the draft was because of his offensive line. Aside from eventual top 10 pick Jonathan Martin manning the left tackle position there’s also guard David DeCastro. While some may prefer the sheer size of Kelechi Osemele many draft boards have DeCastro as the highest rated offensive guard for the 2012 NFL draft. He has a high football IQ and exceptional balance, feet, and body control. As far as this draft class is concerned DeCastro is probably the best overall technician of any of the interior linemen. One thing he will need to improve upon is his drive blocking. 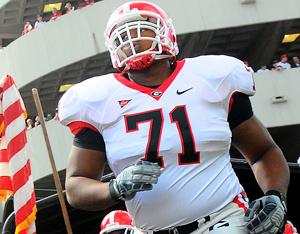 I wasn’t sure whether to put Glenn on this list or save him for the offensive tackle list. He’s played mostly guard, both right and left, at UGA but will start the 2011 season at left tackle because of Trinton Sturdivant’s spring ACL tear. For his size Glenn is extremely agile and light on his feet. The one big issue that he needs to correct before the 2012 draft is using better leverage. Because of his versatility he’ll be a very attractive option to the Steelers as he can play every position on the line except for center.

A few other players to watch out for: 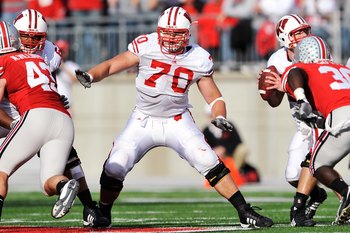 Zeitler currently projects as a second round prospect who’ll continue the tradition of sturdy Badger linemen. 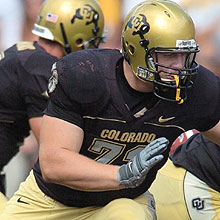 Like Nate Solder before him, Miller is a tall, lean, very athletic lineman who needs to add weight to his frame to make the transition to the NFL.