**UPDATE**: After Baron Batch went down in practice today with what appears to be a serious knee injury, he won't be available against the Redskins. As a result, I have added a sixth 'Player to Watch' at the end of this list.

The wait is finally over. After a lockout that seemingly lasted for years, our Pittsburgh Steelers are taking the field to open the 2011 NFL season with an exhibition game in Washington, D.C. against the Redskins. As every year, the Kevin Colbert-led Steelers Front Office has worked its magic during the off-season. This year's team looks to be even better than the one that advanced to the Super Bowl a year ago. But the extenuating circumstances of the lockout and the high volume of first and second year players contending for helmets make this year's preseason slate as important as it's been in recent memory.

Generally, the players listed below have already left lasting impressions on the turf of Chuck Noll Field at Saint Vincent College. Yet, as Coach Tomlin has noted multiple times in years past, he won’t pass judgment on any young player before the lights go on against a true NFL opponent.

So without further ado, here's five players I'll be keeping a close eye on in this year’s Steelers preseason opener. Let us know who else you think is worth monitoring all preseason beginning with Friday night's opener in D.C. 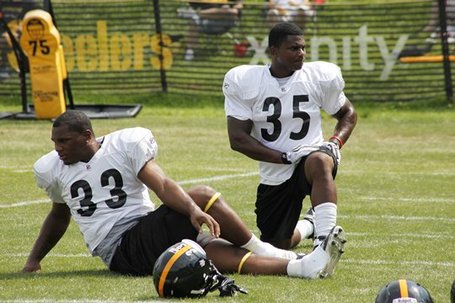 Any list of intriguing players this year has to start with Baron Batch. The young running back from Texas Tech was drafted in the seventh round by Pittsburgh as a third down back, potentially replacing the serviceable veteran Mewelde Moore for future years. Steelers fans on this site and elsewhere have fallen in love with his off-the-field personality and maturity, as evidenced on his blog, his Twitter account, and his ‘I am Second’ YouTube video.

But beyond his impressive personality, Batch has also won over many of us with his quick burst through the hole, soft hands when catching passes, and a willingness to take on whatever blocker comes his way. After fearlessly standing up the likes of James Harrison and LaMarr Woodley in several sessions of backs-on-backers, he also  scored twice in three opportunities of the popular goal-line drill where the offense lines up against the defense at the one yard line. Batch is undoubtedly the most intriguing and hyped seventh round pick in recent memory. But can his skills translate to a game situation? We are about to find out. 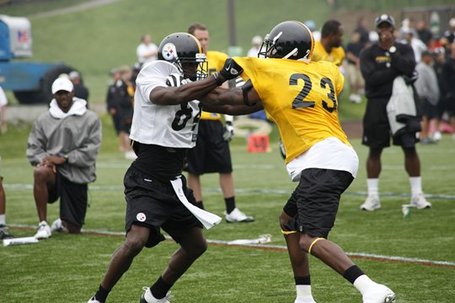 Remember last year, when after early practice sessions many declared Bryant McFadden’s starting role a thing of the past? The reason was Keenan Lewis, who impressed coaches and reporters alike with his physicality, speed, and overall ability to cover receivers. The young corner was coming into his second season, having spent the first learning behind the corners and injuring his back when help was needed.

But these high hopes quickly dispelled during the preseason, when Lewis started a game against the Denver Broncos yet got benched in the second quarter after racking up two personal foul penalties. After the game, Lewis showed his immaturity when he punched a glass sign and as a result was called "dumb" by Tomlin. This year, Lewis is out to prove that he has the ability and maturity to start in this league, and has once again impressed in training camp by successfully covering his childhood friend and budding star Mike Wallace among others. The next step is to prove his abilities against an actual opponent, and the Washington game could come as a perfect opportunity for just that. 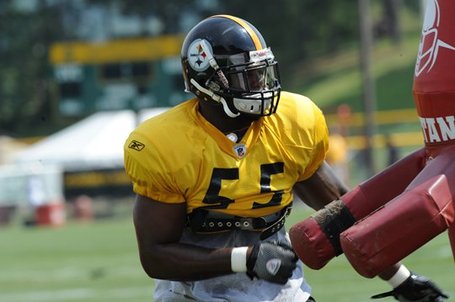 Year after year, people worry about the increasing age of the Steelers defense; yet, year after year, that very same defense ranks among the top in the NFL. And quietly, Dick LeBeau and his assistant coaches are grooming young and talented replacements for the aging stars. One of them is Stevenson Sylvester, a linebacker out of Utah who was drafted in the fifth round in 2010 as a special teams ace and potential replacement for defensive captain James Farrior once the latter slows down.

During the 2010 training camp, Sylvester impressed the Steelers coaches enough to make the 53 man roster over fellow rookie linebacker Thad Gibson. He showed flashes of his potential during the season, but truly became an eye-opener in this year’s camp where he has starred both in scrimmages and individual drills, such as backs-on-backers. I dubbed him the star of the first camp week in an earlier report, but none of that matters if his skills and playmaking don’t translate into game action. If he comes close to his practice performances, he should be a joy to watch against Washington. 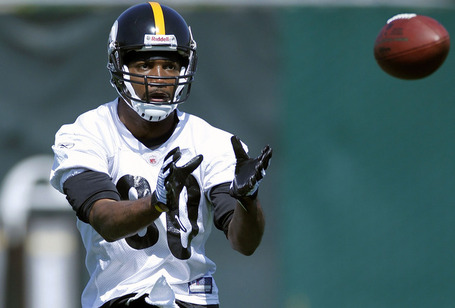 Limas Sweed – a name that has often been mentioned in the past few years, but hardly ever in was connected to praise. The 2008 second round pick has become synonymous with dropped easy catches, demonstrating his ‘ability’ in the '08 AFC Championship Game against the Baltimore Ravens and a 2009 regular season game against the Cincinnati Bengals. Add to that multiple injuries and a mysterious disappearance two years ago, and Sweed has ‘bust’ written all over him. Right?

Well, not quite. His struggles with the Steelers make it easy to forget the enormous potential this former Texas Longhorn brings with him. At 6 foot 4 and 220 pounds, Sweed could be the big target Ben Roethlisberger has long been craving, and he has also proven to be a willing and able blocker in the run game. He has shown flashes of his ability in camp, making impressive catches while running crisp routes and even playing on special teams as a gunner. Yet once again injuries have bothered him, as he sat out multiple practices because of hamstring and back problems. The beginning of this preseason is huge for Sweed – going into the final year of his rookie contract, his time with the Steelers is over if he can’t impress his coaches when the lights are on. 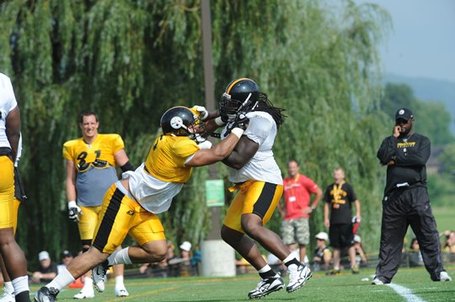 Since Alan Faneca left the organization for more money from the Jets, the offensive line has arguably been the most scrutinized part of an otherwise deep and talented Steelers team. That didn’t change during this offseason, when the release of both 2010 starting tackles Flozell Adams and Max Starks caused a near uproar among some Steelers faithful. Why release two starters when you already lack depth at the position? But one man has largely been forgotten by the fans in the search for a younger and more talented unit, and he is now turning heads at camp: offensive guard Chris Scott.

Picked up in the fifth round of the 2010 draft, Scott quickly injured his foot when working out before that year's training camp and spent the season on injured reserve. Many had discounted him in the hunt for the 2011 Steelers offensive line, but Scott is taking full advantage of LG Chris Kemoeatu’s knee injury and the wide-open competition at right guard. Playing both guard positions with the first team in practices, Scott has impressed reporters and fans. The Post-Gazette’s Gerry Dulac has already dubbed Scott one of the Stars of Camp, while ex Steelers lineman Craig Wolfley included him among his camp eye-catchers. The Steelers could certainly use an influx of talent on their offensive line and against Washington, Scott will get a chance to show that he is a long term answer at guard. 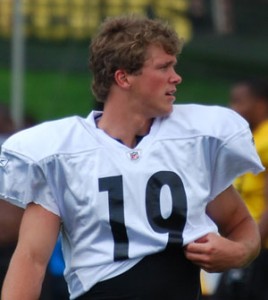 The NFL is a league full of the next big thing. In Pittsburgh, we have seen our share of 'the next Jerome Bettis', while fans of other teams have thrust their hopes into many editions of 'the next John Elway' and 'the next Lawrence Taylor', to name just a few. More recently, an unknown rookie free agent was in everyone's conversation when he showed toughness and quickness as a slot receiver in camp, much like another undrafted wide receiver that has captivated the league ever since. That's right, Tyler Grisham was 'the next Wes Welker'.
Before this year, Grisham was your typical camp receiver. Slow in a straight line, but tough and with a big heart - worth keeping on the practice squad in case of a serious injury. But with the release of fan favorite Antwaan Randle El this year, a spot as a slot receiver on the 53 man roster was suddenly in reach for young wide out from Clemson. And indeed, he has taken full advantage of the opportunity since day one, catching everything thrown his direction and becoming one of Roethlisberger's favorite targets. His impressive practices where topped in Tuesday's practice, when he caught a 40 yard TD pass from Ben in the 2 minute drill while playing against the first team defense. With Randle El gone and Hines Ward not getting any younger, this could be the year when Grisham finally gets over the hump and becomes the Steelers' fifth wide receiver - provided he carries his strong play over into the preseason.

So there it is, the Five Players to Watch in the Steelers 2011 preseason opener against Washington. Which players do you look most forward to seeing in live game action?