Share All sharing options for: Spygate: The Untold Story

A new book has hit the market. It’s called Spygate: The Untold Story. Do yourself a favor and buy it. I was contacted by the author prior to the writing of this book. Frankly, I had my doubts that any "outsider" could write a good book about Spygate, but Bryan O’Leary did just that. He really did his homework with research and was careful to footnote all his facts. You will enjoy O’Leary’s sarcastic wit and "wordsmanship." This book is an easy read, about 46,000 words, that is both easy to follow and clear to understand. 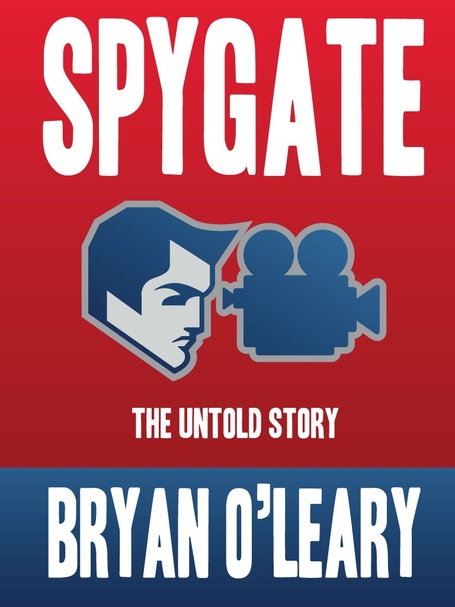 As the title implies, the book is about Bill Belichick, the New England Patriots and the videotaping scandal (or curious non-scandal) that was uncovered in September, 2007. Among the many fascinating touchpoints of this informative and thought-provoking manuscript:

In addition to the above intriguing discussion points, O’Leary’s book goes into some very interesting statistical phenomena which defies explanation. Why does New England always win at home? Yes, they’re good, but five seasons with perfect 8-0 records? A 31-game home winning streak? An unbelievable record of beating the point spread? The book gives some eye-popping data that will make you think, or perhaps re-think.

You may not agree with everything O’Leary concludes (surely Patriots fans will have an answer for everything), but if you put all the pieces together, like O’Leary does, what can be concluded? The book reminds me of an old saying: If it looks like a duck, walks like a duck, sounds like a duck and acts like a duck, guess what – It’s a damn duck!

You can buy the book at Amazon.com and from the following site.