Replacing two veterans is a familiar name and one not so likely to be recognized.

Gordon, a sixth-round pick out of Miami in 2011, has caught three passes in his NFL career - one of them was a 1-yard touchdown pass from Carson Palmer, giving the Raiders a 24-21 lead over the Steelers in Week 3 of 2012.

The Raiders went on to win that game 34-31 on a last-second field goal.

Gordon was released by Oakland in their final cuts this year. He's the second former Raiders player the Steelers have added in the last 13 months - they signed cornerback DeMarcus Van Dyke in September last season. Van Dyke was injured and released from the Steelers this year.

More than anything, this move is particularly painful for the tight end Gordon is replacing. Johnson came all the way back from a torn ACL in preseason of 2012 to the active roster this year and performed well in his limited time this season. He is unsigned for the 2014 season. 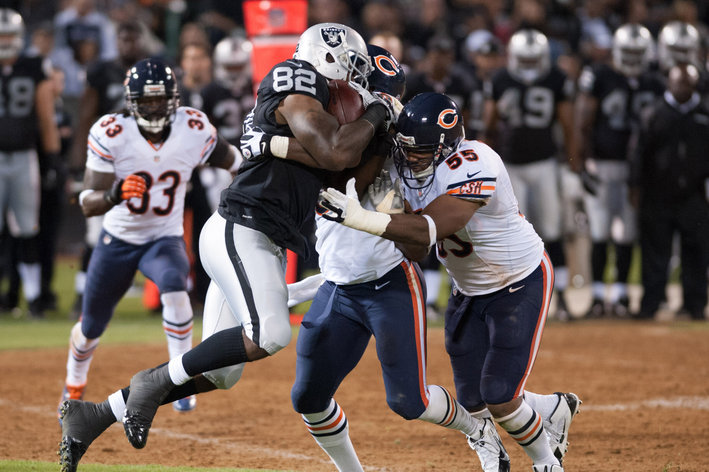 A high school teammate of Antonio Brown, but the two appear to be opposites in many other ways on the football field.

Gordon could be seen as insurance as the Steelers have some shuffling to do among their tight ends. Matt Spaeth is eligible to come off the short-term IR list this week, but that clears him to practice, and does not require the team to put him on their active roster. It's likely Gordon will just fill the spot until Spaeth is cleared to dress for games.

Brown was acquired by the Steelers in a trade with Arizona, and did not log a snap. He was injured in warm-ups before the Steelers' Week 6 win over the New York Jets. Kelvin Beachum was the game's starter anyway, but the team deactivated Mike Adams before Brown's injury, so they played with just one back-up on the offensive line.

Adams will dress for the Steelers' Week 7 game against Baltimore.

The signing of Green isn't much of a surprise. He's been up and down with the team all season.