At the quarter pole of the season (for most teams), here are the best defensive players we've seen so far in 2013.

Share All sharing options for: NFL All Pro Defensive team through Week 4

The season is at the quarter mark for most teams, and in that time, we've seen more than a few outstanding defensive teams and players.

Here's our All-Pro Defensive team based on the first four weeks of the NFL season.

The Steelers got a first-hand look at Casey this year, and the initial thought was he simply exploited the absence of Maurkice Pouncey. He's beaten each of his first four opponents, and is on pace to be an All-Pro by the end of the season.

The Lions run defense would be in deplorable shape if not for their dominant under tackle. Suh, while generally disliked around the league, has been a force against the run and pass so far this season.

He's looking like a pretty strong candidate to defend his Defensive Player of the Year title, something that hasn't happened since Lawrence Taylor did it in 1981-82.

After completely destroying recently acquired Steelers left tackle Levi Brown in Week 1, Quinn has continued a surge to the elite category at the position in 2013. His five sacks put him second in the league for defensive ends.

He's leading a defensive turnaround in New Orleans, as the team that gave up the most yards in NFL history last season switched to a 3-4 defensive alignment and are 6th overall in yards allowed this season. 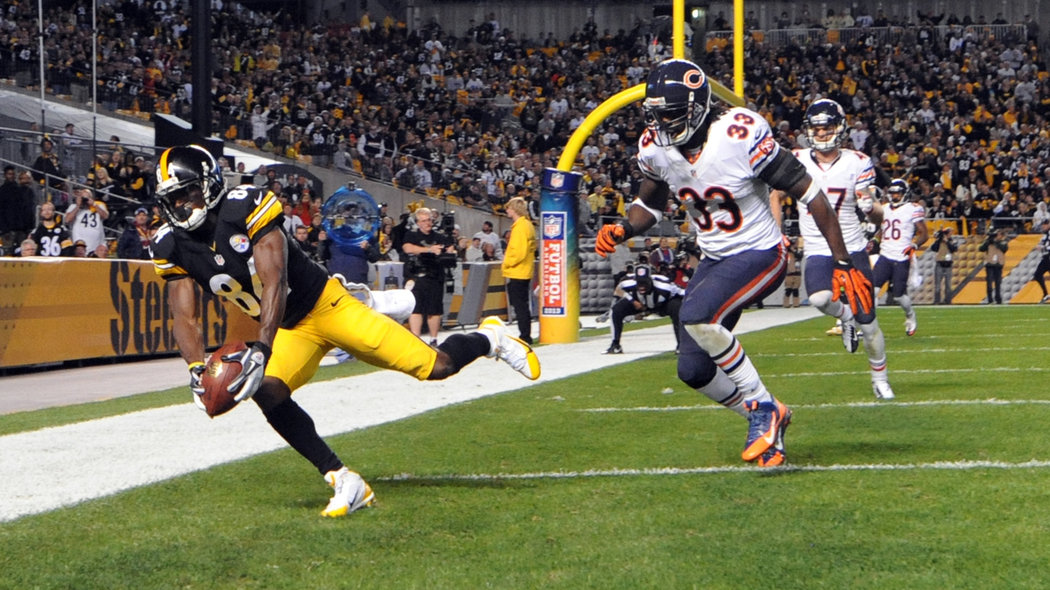 A second-round pick in 2013, Alonso looks far more like a veteran than a rookie, and the scary part is, he's still making a few rookie mistakes. When he gets everything together, he'll be one of the best in the game.

One of the few consistent players on a San Francisco defense that hasn't quite gotten it together yet. He's still performing well all around as an individual.

Outstanding in coverage (66.7 passer rating against), best all around inside linebacker in the NFL.

He's been targeted 20 times in the passing game, and has only allowed 11 catches - 55 percent, the highest mark among his 4-3 OLB counterparts, and highest in the league for any outside linebacker thrown at more than two times this year. He's one of three outside linebackers that hasn't missed a tackle while taking more than 200 snaps.

While he's standing up and in a three-point stance, Williams is making his plays while being utilized as an outside linebacker. His 7.5 sacks is tied for the league lead, and, like Travathan, hasn't missed a tackle.

Houston is leading the resurgent Chiefs defense with 7.5 sacks, three passes defensed and a forced fumble. In one of the largest collection of outstanding players by position in the league, he beats out several great candidates.

He's been targeted 23 times, and has as four interceptions to eight receptions allowed. His ridiculous 12.9 rating against leads the league by a decent margin.

Roughly the same as Verner, but one touchdown allowed and two fewer catches allowed. Outside of that, a pure shutdown cornerback through four games.

Allowing 11 receptions on 21 targets with two interceptions and a rating against of 38.7. These are top-flight numbers overshadowed by the phenomenal starts of Verner and Talib.

He's allowed just one catch on one target, and that went for a two-yard loss. He has twice as many interceptions (two) as receptions allowed and has a zero passer rating against - the only player in the league to have that with an average of one target a game or more.

He's playing largely in run support, and he's done very well in that regard. While he doesn't have the playmaking numbers as some of his contemporaries, he's allowing 55 percent of targets to be completed and has a 65.5 rating against.

Rounding out an extremely competitive field, Thomas gets the edge over Cleveland's T.J. Ward and Baltimore's James Ihedigbo due to his two interceptions and 26.8 rating against. While Thomas has played well, all of these spots, his included, could be argued for each of the runners-up as well. Probably the best position in the game right now.