Notes, tidbits and superfluous GIFs of William Gay to prepare thyself for the Steelers vs. Patriots game in Week 9.

After Terrelle Pryor ran that touchdown last week I seriously considered turning of the TV. Of course, I couldn't actually do that -- being a degenerate sport fan and all. So I watched the whole thing. And pretty much all of it sucked.

The Patriots have won some close games and appear more assailable than their 6-2 record would suggest. Three of their wins have come by 3 points or less. Their offense has certainly not been the powerhouse it used to be. According to the Simple Rating System on Pro Football Reference, the team is actually being carried by their defense. Surprisingly, Tom Brady and the offense have had a negative impact on the Patriots season. Expecting that to continue would be presumptuous, as this is only an 8-game trend at the recent end of one of the best offensive runs in the history of football. They might be headed for a Renaissance some day soon, but the Pats are still pretty good right now.

The Steelers defense has been barely above neutral according to that system and their offense has had an extremely negative impact. Not shocking by any means, but it's some what eye-opening to see how much worse than "average" their offense has been. For example, the Ravens offensive rating is -3.4 this season. Pittsburgh's is -6.3. The Buccaneers are at -8.4, meaning the Steelers are closer to the Bucs crappy offense than the Ravens crappy offense. But one thing is certain, it's a very, very crappy, crappy offense. "Simple" is in the name of that system, but it's still illuminating as a gauge against the rest of the league.

Meaning: no 140-yard TDs to effectively sink morale right out of the gate. But he's also unlike Pryor in that he can more traditionally mutilate even the best defenses if they fail to rush him with regularity. Pryor isn't completely inept in the pocket or anything, but it's safe to give Brady the edge on that front. So while we won't likely have to watch another utterly embarrassing full-field-length touchdown run (on the legs of a quarterback, no less! -- yes, Pryor's kind of a freak, but no one used to break runs like that on this team, let alone a QB! No less!), the Pats attack may be a different means to the same somber end.

Half a decade of moderate excellence

Since 2008, the Steelers are 2-1 when facing the Patriots -- of course, one win came against Matt Cassel, so the edge barely slants in Pittsburgh's favor over that timeframe. So they should win, right? Well, to put things in perspective, the last time these teams played was almost exactly two years ago. The Patriots are a similar team to the one they ran out there two years ago (though slightly older at key positions). The Steelers are not. On offense, they have more undeveloped identities than a Hollywood juvenile detention center. On defense, they seem unable to wrangle any kind of consistency, often fissuring at the seams of their bend-don't-break philosophy. Other than a few names and faces, this team doesn't look much like the one from 2011. 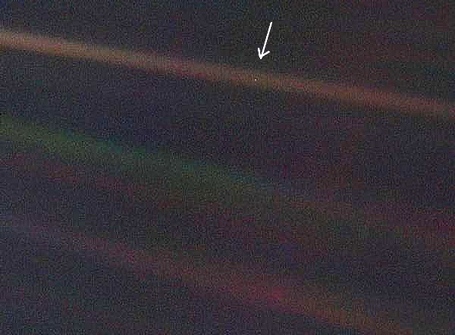 "Look again at that dot. That’s here. That’s home. That’s us. On it everyone you love, everyone you know, everyone you ever heard of, every human being who ever was, lived out their lives. The aggregate of our joy and suffering, thousands of confident religions, ideologies, and economic doctrines, every hunter and forager, every hero and coward, every creator and destroyer of civilization, every king and peasant, every young couple in love, every mother and father, hopeful child, inventor and explorer, every teacher of morals, every corrupt politician, every "superstar," every "supreme leader," every saint and sinner in the history of our species lived there – on a mote of dust suspended in a sunbeam.

When the Steelers hosted Baltimore in Week Eight, Todd Haley rolled out an inspired and more importantly, effective game plan. It was great. They kept the Ravens guessing for most of the game and were able to run the ball against one the league's best run-stopping units. But they still barely got away with a win, as Shaun Suisham nailed a field goal to save the day. Last week in Oakland, Haley showed Week Eight was a fluke. It was the same old mixed bag of flaming shit. Not firing Haley seems counterproductive at this point. It's become pretty apparent he needs to go, and he's likely to do so in the off season, so why not cut him loose now?

More on Haley: OC says his offense is about to explode!

Deserted skin in a bowl watches
The Bro King's gnash of its crux.
Hemorrhaging, loose from its bulk,
Hunks of pulp seizing
In Muscle Milk and acid.
The swallowed womb's energy opus digs in.
Oil for the dirt bike,
And perhaps a cleft frontal lobe.
Roots audit the Earth from a pile of the Jager-shits
So the common spiral'll churn on
Through sleevelessness and limbo. 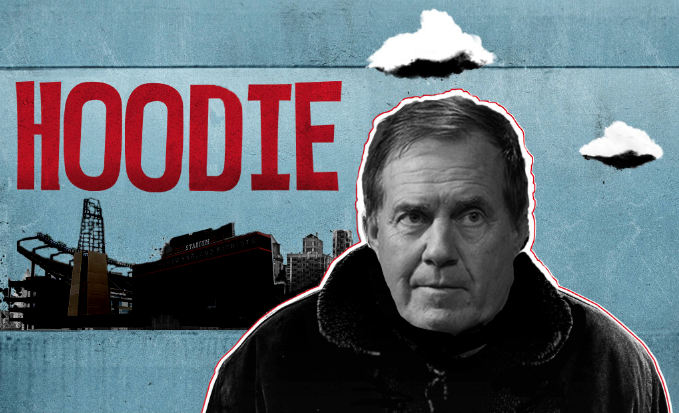 On Wednesday, Pats skipper Bill Belichick cracked an hilarious witticism about his team's preparation for Ben Roethlisberger, suggesting his defense line up against left tackle Nate Solder at quarterback. What a character! He was probably in such a sidesplittingly jocular mood because of the fact that the Steelers offensive line surrendered 5 sacks last week against the Oakland Raiders. Their performance in that game would have even the most soulless and puke-tempered misanthrope slinging zingers.

Somehow the Patriots defense is 31st against the run and has still been the driving force behind their strong start. Part of that can be attributed to their ability to stop the pass (5th in the NFL). The Steelers might want to simply hand the ball to Bell and let him run all of over this Wilfork-less rush defense, but it might not be that easy. This is still an NFL defense, and there's got to be some reason they allow so many rushing yards. Part of the reason has been their opponents attempting to further exploit this weakness, which has lead to closer games for New England, but again, not many losses.

The Pats give up 4.2 yards per carry on the ground, which isn't very good, but it isn't 31st in the league either. They're closer to the middle of the pack in that regard, so the Steelers can't simply exploit them by sheer will. They will have to have some semblance of a passing game that isn't based on screens or reverse wideout bootlegs to keep the Pats honest. Stretching New England's secondary out a little could go a long way toward effectively running the ball on Sunday.

Giant, out of focus, and superfluous Willie Gay stylin' GIF...just because

I'd obviously love to see the Steelers win this game, and it'd be cool if -- despite an overall down year -- they could take this one and maybe their other tilt with the Ravens. Having losses in the double-digits wouldn't sting as much with those games to look back on. It would still sting...just a little less.

If the defense shows up, they could get the best of the weakest Pats team they have faced in the Brady era. The offense should be able to run, but until the Steelers prove they can consistently refrain from shooting themselves in the foot, it doesn't make sense to pick Pittsburgh over a team with a good track record against them (4-2 since 2005).