Steelers defensive end Cameron Heyward is becoming a dominant presence on the defensive line through strength and hyperactivity. 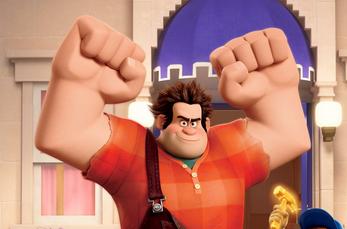 Both are no doubt destructive, though.

While Ralph was in the process of being phased out by newer, fancier games, Heyward is starting to build some rep behind his validity in the NFL through an old school approach - just whup the guy across the line. Before, during and presumably after the return of veteran DE Brett Keisel, Heyward has taken the reins of the best playmaker among the down linemen, and it seems he gets better each game.

Since taking over as a starter - initially at left end, but moved to right end in Keisel's absence the last two games - Heyward has 20 quarterback hurries, eight hits and four sacks. His pass rushing productivity (a formula developed by Pro Football Focus that measures each category, weighing more on sacks, and dividing the sum by the number of pass rushing opportunities) is 7.2, making him the 11th highest rated 3-4 defensive end in the NFL.

That number is on the rise, too. Depending on Keisel's status for Thursday against Baltimore, Heyward could be used anywhere from the left or the right end, to possibly even nose tackle. The Steelers mixed in some 4-3 under looks against Cleveland in a Week 12 win, and Heyward had success there.

Facing Browns left tackle Joe Thomas will lead to a few losses, at least, but Heyward held his ground, and got pressure at times throughout the Steelers' best pass rushing game of the season.

As Post Gazette reporter Ray Fittipaldo wrote Tuesday, the Steelers had 15 hurries in their first four games this season, losing all of them. They've hit the quarterback 34 times in their last four, having won three straight.

It's not at all a coincidence. The production the Steelers have gotten from Heyward and from Jason Worilds has sparked a dormant defense that's done little to reduce the comfort level of passers in the last two seasons.

The one quarterback who probably feels the most comfortable against Pittsburgh right now is Baltimore's Joe Flacco. While the Steelers hurried Flacco 10 times in Pittsburgh's 19-16 win in Week 7, they only hit him once, a sack by LaMarr Woodley. Heyward failed to register a hit, but did get one hurry in his second full start.

They had modest pressure numbers against the Ravens in 20-12, registering five sacks in two games, along with six combined hits. The Steelers had 11 total hits on Cleveland's Jason Campbell and Brandon Weeden Sunday. They sacked them a combined five times.

Getting that kind of pressure will be critical against the like-minded Ravens. Both teams are 5-6 entering the game, and both in the hunt for the AFC's final wild card spot. If Heyward can Wreck It, the Steelers are capable of winning this game, as well as advancing to the postseason.