Share All sharing options for: Jacoby Jones is decidedly not Usain Bolt

Mike Tomlin shouldn't have been standing where he was.

No coach should stand that close to the field. 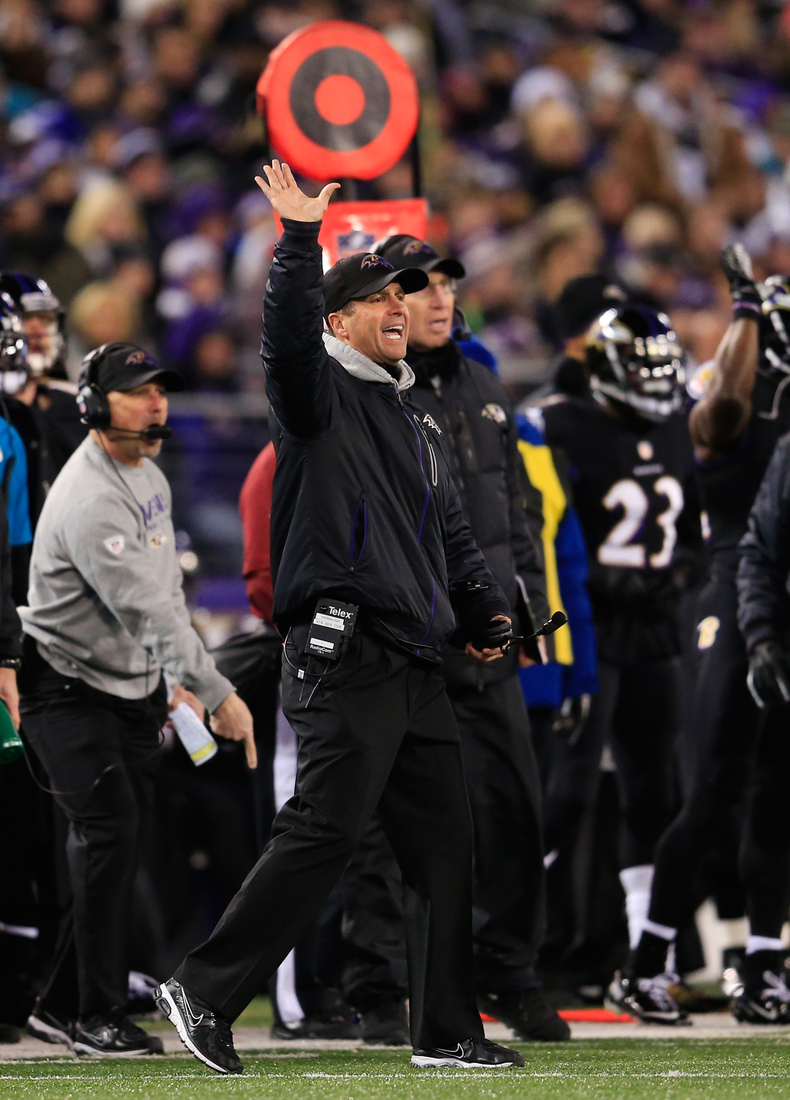 And guess what...Tomlin didn't change the outcome of the play, so it doesn't really matter.

Jacoby Jones might think he's the fastest dude on the earth, but he just isn't. In fact, he is not even the fastest player in the screenshot below. 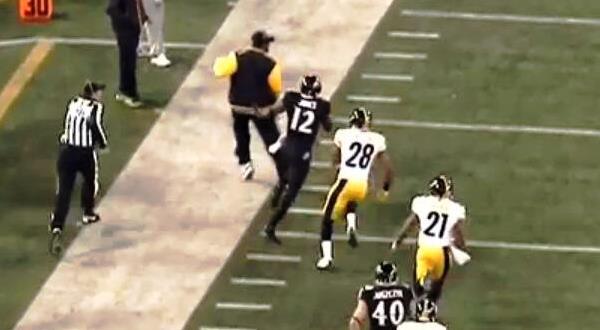 Jones has posted a 4.47 40-yard dash in the past. In regular people terms, that's crazy fast. I would be absolutely astonished if I saw someone do that in person. But, Jones ran his 4.47 in 2007 -- he's now 29 years old. And unfortunately, for us all, bodies don't get better as time goes on.

Jones likened himself to the fastest human being in recorded history shortly after the game.

A lot of pundits have been churning out stories about the play in an effort to garner as many residual hits as possible. And most of them have taken the "you be the judge" approach. That's probably because it's pretty clear that the play didn't have an impact on the outcome of the game and Tomlin didn't cost the Ravens a touchdown on the play. But why would they write that when they can play the responsible journalist and get their reader's blood boiling enough to share the content with their also easily enraged and irrational friends?

Tomlin is not clairvoyant, and therefore could not have known Jones would run by him on the play.

Besides, the real story of this game was the fact that neither one of these teams is really all that good, but one of them (probably the Ravens) is likely to go on to the playoffs.

Pittsburgh just lost to a team with an average defense and a completely sterile running game.

And Baltimore barely beat a team that just lost to a team with an average defense and a completely sterile running game.