Mike Wallace has a celebration in mind

Dolphins wide receiver Mike Wallace has an end zone celebration planned for his former teammates, in the event he actually reaches the end zone.

Share All sharing options for: Mike Wallace has a celebration in mind

Dolphins wide receiver Mike Wallace said all the right things when he spoke via conference call to the media in Pittsburgh. He thinks fondly of his former teammates, he thinks Mike Tomlin is a stand up guy, all that stuff.

He did hint, with what must have been a smile through the phone, at plans for a specific celebration should Wallace reach the end zone against his former team Sunday.

Wallace mimicked Jets WR Santonio Holmes' airplane-flying thing (he's a Jet...get it?) Upon scoring against the Jets in Week 13. It's one of the few times Jets fans have seen that celebration in the last few years, but seeing specific end zone dances isn't exactly a market in which Steelers receivers have wandered. 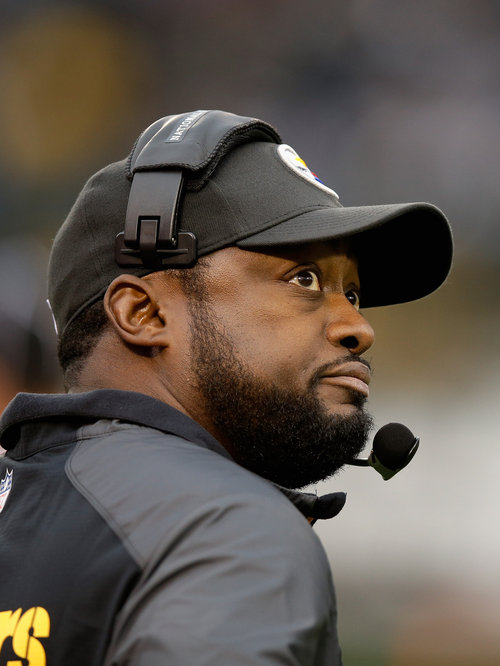 A CBS Sports report confirms Sunday the Steelers will lose a draft pick for Mike Tomlin's sideline incident in Week 13.

Or maybe he'll do the Mike Wallace Super Bowl XLV Celebration - stand around looking nervously back at Ben Roethlisberger with the ball near his feet.

Whatever it is, he'll do it with hand warmers tied to his waist. A snowy, blustery day is expected in Pittsburgh Sunday, which could derail both teams' passing offenses. Wallace and the Dolphins have been heating up lately as well.

It never hurts to prepare, though.