Browns looking to shell out some cash this free agency period, and they've reportedly set their sights on a few players within the AFC North.

Share All sharing options for: Harrison's agent says his client would 'love to play for the Browns'

A recent report from the Cleveland Plain-Dealer suggests former Steelers outside linebacker James Harrison would "love to play for the Browns," according to his agent, Bill Parise. While it would be on a much lower media scale, it would be tantamount to Brett Favre ending up in Minnesota, or Johnny Damon ending up with the Yankees.

Of course, Parise's client is also a free agent, who was released because he did not want to play for a reduced salary. That strongly suggests his client would "love" to play anywhere.

The Browns appear to be ready and willing to spend a chunk of the truckload of cap space they have, and are reportedly showing interest in Ravens free agent LBs Paul Kruger and Dannell Ellerbe.

Cleveland's in a great position to raise the market value of Ellerbe considerably, noting the Ravens have made re-signing Ellerbe their top priority, despite possibly letting him hit actual free agency - beginning at 4 p.m. ET Tuesday, March 12. 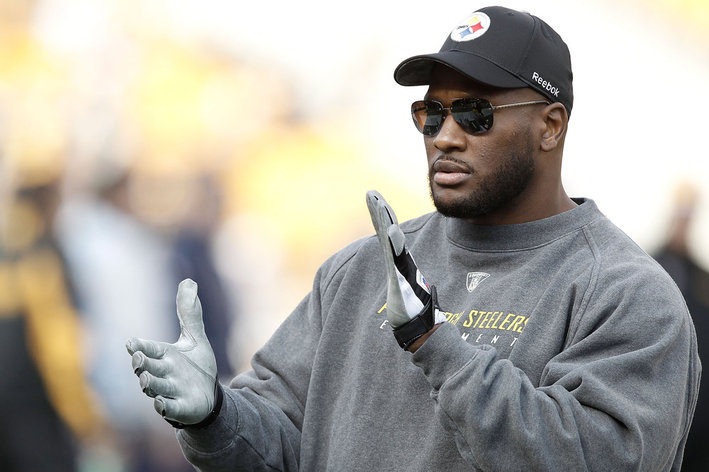 Along with Cleveland, there could be some other teams interested in making Harrison an offer

Kruger is not expected to re-sign with the Ravens, but considering his impressive playoff run, he'll likely be the target of multiple teams.