UPDATED: James Harrison is now interested in joining the Ravens - Saints too

It was Cleveland earlier, now it's Baltimore. We suggest his agent, Bill Parise, send out a form letter informing 31 teams in the NFL he would "love to play for" them.

Share All sharing options for: UPDATED: James Harrison is now interested in joining the Ravens - Saints too

(Edit: Not even making this up, Parise said the same thing to the Saints via the New Orleans Times Picayune. Perhaps he read this article...or had already came up with the idea. When we hear Parise tell Green Bay media, we'll know he read our 5 Destinations for James Harrison article.)

Memo to James Harrison's agent: just send a general press release to any publication covering the NFL. That way, the media won't have to run "Harrison would love to play for the Browns" followed by "Harrison is interested in playing for the Ravens."

I'll even write it for you:

RE: Love to Play For You

Hello, my client, James Harrison, a.k.a. Deebo, f.k.a. Silverback, would love to play for the team you cover. Consider this an on-the-record statement coming directly from me, Bill Parise.

If you do not wish to use a direct quote, you may use, "Bill Parise, agent for James Harrison, said he would love to play for (insert team name)."

Please contact me if you have any other questions.

Harrison embodied who the Steelers are 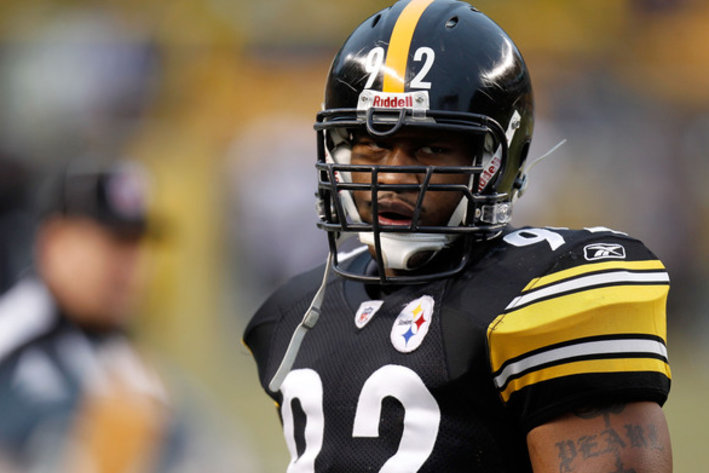 It really would save us a lot of time. You know as well as we all do the Ravens are not going to sign James Harrison, and if they could afford to pay him more than the Steelers offered, they would keep several of the other players they already have.