James Harrison is gone, but he is only the first of many free agent defectors. Not since 1997 have the Steelers endured such an free agent exodus. What does this say about the franchise? Should they consider bringing back Keenan Lewis and/or Rashard Mendenhall? Answer these and other burning questions about free agency and the Steelers.

Share All sharing options for: 5 Burning Questions on the Steelers - Free Agency Edition

NFL Free Agency starts at 4:00 pm Eastern on Tuesday, yet it has already claimed its first victim in the form of James Harrison, who the Steelers cut due salary cap pressures.

Steelers Nation is bracing for a coming "Storm" that promises a free agent exodus that the Pittsburgh Steelers have not had to endure since the mid-1990's. In the blink of an eye, Max Starks, Keenan Lewis, Mike Wallace, Ramon Foster, Casey Hampton, and Rashard Mendenhall could all become free agent defectors.

While that may not be pleasant, it certainly does leave a lot of fodder for our "5 Burning Questions Steelers Free Agency Edition."

1. The pro's and con's of cutting James Harrison have been debated at length. With this decision in the past, let's focus our attention on James Harrison's place in Steelers history.

Your name Michael William Noll and you're picking an All Time Steelers team. You need an 3-4 outside linebacker, and you can pick Greg Lloyd, Joey Porter, James Harrison or Carlos Emmons (ok, that last one is a joke!).

You only get one. Who do you pick? Defend your choice.

2. Neal Coolong argued persuasively that the root of Steelers current salary cap woes are found more in the complexities of having a franchise quarterback tied to misfires with the draft. If Mendenhall, Lewis, Wallace, Ryan Mundy, and David Johnson leave, only Ziggy Hood will remain from the Steelers 2008 and 2009 Draft Classes. What does that say about the health and direction of the franchise? 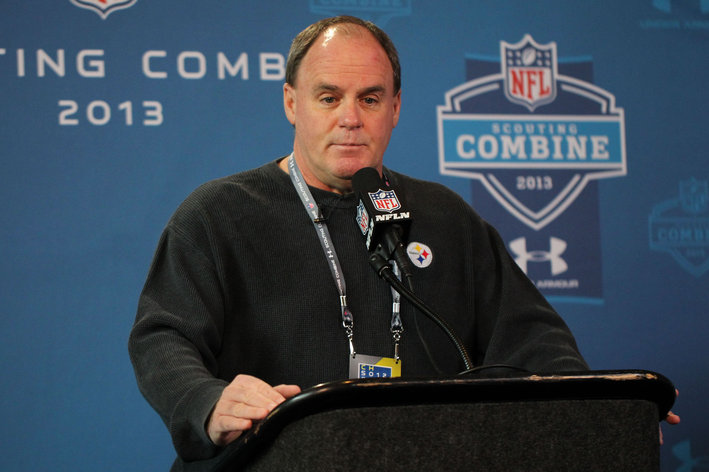 3. Following along the lines of (one) of question 2's implications, if the Steelers really are shifting the commitment of their salary cap dollars to youth, should they then consider cutting Ike Taylor and using the money to resign Keenan Lewis?

4. The Steelers clearly aren't going to sign any marquee, "big ticket" free agents this spring, however are there any "under the radar" lower budget signings they might make? Name some and defend your choice.

5. Ivan Cole has suggested that Rashard Mendenhall may return, despite his no-show at San Diego last year. Would the Steelers be wise to seriously consider that should he become available at a cap-friendly price, or would Mike Tomlin and Kevin Colbert be undercutting their own authority by welcoming Mendenhall back?