The Steelers have gone heavy with tackles in the draft the last few years, but depth is important at a position that sees injuries frequently - both recent second round picks, Marcus Gilbert and Mike Adams, ended up on the IR last year.

The Steelers have drafted tackles in the second round of consecutive drafts, and it appears as if both Marcus Gilbert and Mike Adams will start at each tackle spot this season. Which one will play where is still a matter of some conjecture, but the position isn't likely to be a top priority.

However, Gilbert's injury concerns - both of himself and the others around him - create a situation in which he's going to have to show his new coach, Jack Bicknell, he's able to play more like the improving rookie season he had in 2011, and not the uninspiring performance he showed last year.

If the Steelers do look to bolster that position, here are some of the best players available in this year's draft.

Luke Joeckel measured in at 6-foot-6 306 pounds with average 34 inch arms. He is going to be a top 5 pick and his tape shows why. Texas A&M moved to the SEC and Joekel shut down any pass rusher he went against. He has one of the quickest kick slides in this draft and can stay in front of any speed rusher. Joeckel isn't a great run blocker much more of a technician. Regardless Joeckel does just what you want a left tackle to do. While he won't challenge for the best OT ever to play the game expect a few All-Pro in Joeckel's career.

Eric Fisher measured in at 6-foot-7 307 pounds at the combine. On tape Fisher was impressive but against inferior competition. At the Senior Bowl is when team saw Fisher can be a franchise LT. In a drill heavily weighted to favor the pass rusher, Fisher shut out player after player, which included Ziggy Ansah and Alex Okafor - two top-40 prospects. Fisher showed the gap between him and Joeckel isn't as big as some originally thought. There are some flaws in Fisher's game. His size mean he must constantly work on staying low, he will rise at times trying to kick out fast and will then be susceptible to the inside power move. He needs to improve his center of gravity will sliding. Datone Jones beat him inside easily at the Senior Bowl because of this.

Lane Johnson measured 6-foot-6 303 pounds with long 35 inch arms. This year on tape Johnson finally started to look comfortable as a left tackle. He was a high school quarterback who switched from tight end / defensive end in 2010 to OT in 2011. Johnson has all the athleticism you'd want for a zone blocking LT. He has improved show much from 2011 to 2012 in his slides and technique but he will take a false step or play too far outside. Johnson has potential to be the best OT of this strong class. He is rawer then some people realize and with a good question can only get better which is promising.

D.J. Fluker is a big 6-foot-5 339 pound offensive tackle. He has massive 36.5 inch arms. Fluker is a powerful run blocker who plays with a strong base. Fluker is considered a right tackle only in the NFL as he doesn't have the foot quickness to keep up with NFL pass rushers. 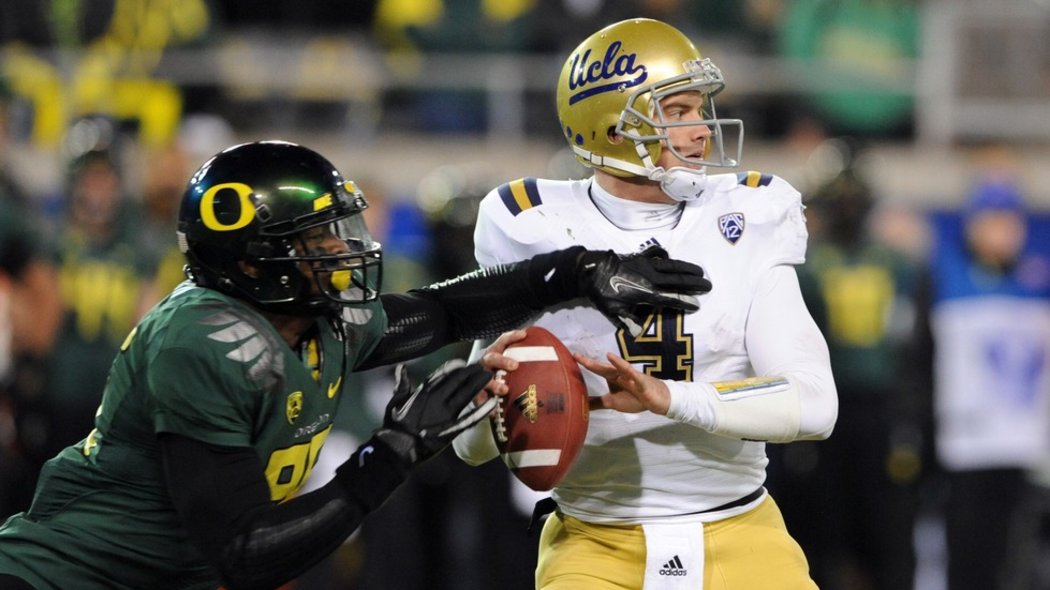 Summary or blurb about the related article

Terron Armstead 6-foot-5 304 pounds with 34 inch arms. Honestly hadn't heard of Armstead till the East-West Shrine game. He impressed in the weeks of practice and in the game, Armstead then got invited to the Senior Bowl and looked comfortable among the drafts top competition. At the combine he showed off his athleticism dominating in most athletic drills. He struggles against power rushers and needs to improve his over all strength. Armstead has the foot quickness to be an NFL tackle now he needs to build up his strength and refine his technique.