In which the rigorous metric of BLA (Best Looking Player Available) has been applied to this season's crop of free agents.

Share All sharing options for: Momma's Free Agent Picks for the Steelers, 2013 Edition

It's that time again, folks—the time when the crocuses are popping up in the garden, the birds are twittering in the trees, and Momma starts ranking the potential draftees. This season, as sort of a warm-up, I've decided to try my hand at a few free agent signings. Like the Steelers, I believe in quality over quantity, and am looking for value picks. Unlike the Steelers, I require more of a player than mere production on the field.

The women of Steeler Nation have come to rely on Momma's Mock Drafts for crucial information they can't get elsewhere. How well does he clean up? Does he look good in a kilt? Does Halle Berry yell his name during games? (For enlightenment on the final metric, watch this video, and listen carefully at about 37 seconds into it.)

But enough of the chat. Let's cut right to the chase. Unlike the draft, when one takes the best-looking player regardless of position, free agency is a way to directly address some perceived weaknesses in the team. And as far as I'm concerned, while you're filling a need you might just as well improve the view on the bench.

The areas where I believe the team lacks a play-maker or necessary depth are Wide Receiver, Tight End, Linebacker, Running Back, and Safety. Naturally one cannot expect to address all of these areas in free agency, or at least not in the upper echelons of players, production-wise, but having a good lineup from which to choose is always a good thing.

Let's begin with running back:

The field was unexpectedly deep this year, with a number of fine-looking men in the lineup. But after considerable research, I chose former Dolphin Reggie Bush. To see why, check out the picture heading the article. As for the footbally reasons, here are a few:

Bush had another excellent season as the Dolphins' featured back in 2012. He has been a consistent, durable performer his two seasons in Miami. He has average size with excellent athleticism. He has deceptive power as an inside runner but clearly is best on the edges. He can be explosive in space and creates matchup problems in the passing game.

Bush does undoubtedly have a lot of wear on the tires, but he looks to have something left in the tank. Last season he ran for almost 1000 yards, with almost half of those coming after first contact. He had six touchdowns. I love the words "consistent" and "durable."

Can the Steelers afford him? Who knows? All I know is, he would bring a lot of excitement to what has been a fairly pedestrian-looking RB corps.

Tight end is another area of need for the Steelers, as all-world heart-throb Heath Miller is out of action for what will probably be a considerable portion of the 2013 season. As a result, I believe a veteran tight end would be a good investment. And I've found one who fits all my criteria—former Jets player Dustin Keller. (Photo from Keller's fansite.) 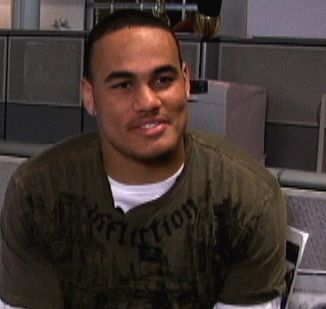 Keller was banged up and missed half the season in 2012. He is an undersized tight end with excellent athleticism. He had been Mark Sanchez's favorite target, and his absence limited the Jets' passing attack. He has great quickness and reliable hands as a route runner. He lacks great power at the point of attack but is effective at walling off defenders on the edge. Keller can be moved around -- H-back, put in motion, flexed out -- to create mismatches in the passing game.

I will add a few football-related stats, but first, I'll note he calls his mother before EVERY GAME. Way to win the hearts of the Steeler Nation ladies, Dustin! As for the football stuff, according to PFF Keller was 12th best TE in the league (out of 74) in deep passing catch rate, and as a slot receiver he ranked right behind our own Heath Miller. He isn't a great blocker, but I've got that covered elsewhere, never fear!

Again, I don't know if the Steelers can afford him. The better question is, can they afford to let him get away?

As long as we're focused on the offense, let's talk about wide receivers. Steve Breaston is a name which has been tossed around, and while he is a fine-looking man, I think we need someone to add a more exciting component to our roster. Hence I give you former Rams receiver Danny Amendola.

Amendola has something which has been missing among our wideouts for the past year—the ability to go up and fight for a catch. He also brings this to the table: 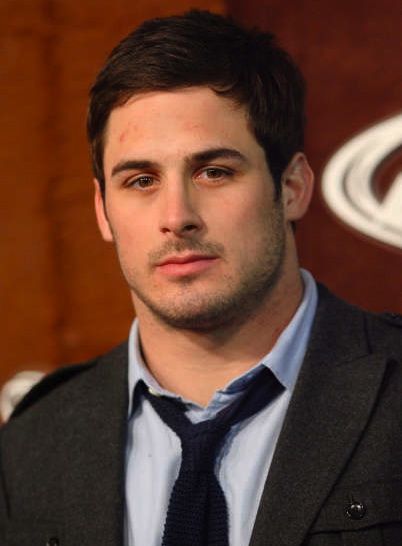 The picture headed an article titled "Five NFL Guys Guaranteed to Distract You from the Game," and it's easy to see why! I tried to reduce the size of the picture, but my computer is in love, and refused to do it...

But what about his measureables? Well, I saw the game in which he was injured last season, and he was making quite a catch. He had a stellar drop rate from PFF of 3.13%, and was their 14th-ranked wide receiver out of 105, right behind Wes Welker and Sidney Rice. Here's what Scout.com had to say:

Amendola is a decent-sized receiver with adequate downfield speed and excellent route running skills. He is a precise route-runner who has become the Rams' most consistent target and pretty much the guy that makes their passing game effective. He has an explosive first step off the ball and has the ability to drop his hips to get in and out of his breaks with quick feet and a burst to separate from defenders. Not only can he separate from good man coverage, he also does an excellent job of reading zone schemes and finding lanes to settle in to provide a target for his quarterback. He is willing to go over the middle and catch the ball in traffic and shows decent run skills after the catch.

What are you waiting for, Mr. Colbert? The ladies of Steeler Nation are relying on you!

I haven't forgotten about the defense. To attempt to close a bit of the gap left by James Harrison (who incidentally is Scout.com's most highly rated free agent, so maybe we've been fooling ourselves about his value to other teams) I propose Shaun Phillips, last seen at Heinz Field on December 9th. He was on the wrong side of the field, but he has a chance to make that right by signing with the Steelers. 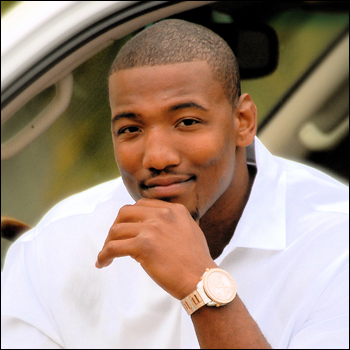 Here's what Scout.com said about him:

Phillips is a big, explosive linebacker who has excelled as a pass-rushing specialist over the years. He has developed the ability to play the run and diagnose plays to the point that he has become a good three-down outside linebacker. He is more effective going forward than dropping into coverage, but he can be effective in the short zones. He has improved his hand and now is difficult to block for long. He will feel and fight through pressure as he leverages his way to the play. He is quick to locate the level of the ball and takes good angles to get to the play while showing excellent hustle pursuit down the line of scrimmage.

Phillips didn't have the best year of his career last season, and at age 31 he's getting a bit long in the tooth, but I can't help but think that in the bracing Pittsburgh air he would experience a rebirth. There's something about that year-round nice weather and the gentle sea breezes in San Diego that just take the "mean" out of a player. Let's see if he can find it in Pittsburgh!

Safety is a definite need, and I've found a Pittsburgh boy to replace the out-going Ryan Mundy. But I believe he brings more to the field than Mundy, as well as more to the sidelines. I give you Raymond Ventrone: 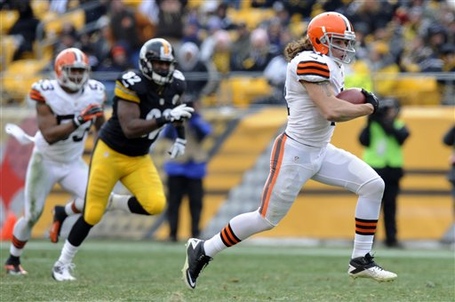 As a Pittsburgh native you know his heart was aching as he burned Jamie McCoy for the fake punt. And you know he must have been suffering up there in Cleveland. Here's our chance to bring a local boy with considerable upside back to the 'Burgh. Let Coach Lake at him and see him shine! Here's what Scout.com thinks:

He has good vision and instincts to react quickly to the run and the pass. He has limitations in coverage and is effective with toughness and technique. Ventrone provides valuable depth but makes his biggest contributions on special teams.

And finally, a bonus pick who should be available for peanuts. Another Cleveland refugee, Eddie Williams was described coming out of college as "looking like a fullback and playing like a wide receiver." He was also noted for his leadership. In fact, he writes and speaks about leadership. The picture is from his website: 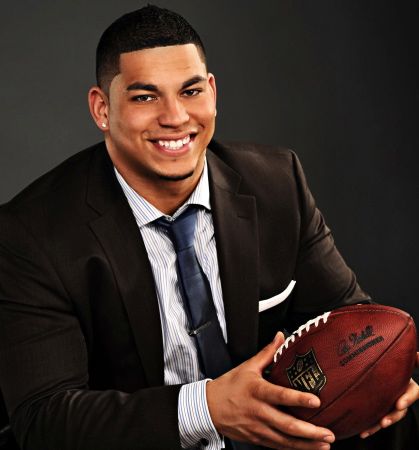 Scout.com said he didn't have enough playing time to comment on him, and I'm guessing he will cost the vet minimum. And at 6'1", 235 pounds, he would bring some gravitas to the lineup as well as some leadership to the locker room.

Well, that's my suggestions for free agency. The Steelers never listen to me, even when I'm talking in my field of expertise, so I fully expect none of these guys to be signed. But a girl can dream, can't she?