NFL Free Agency: Mike Wallace and Keenan Lewis look to move on despite efforts from the Steelers

It's a business, and the former high school teammates Keenan Lewis and Mike Wallace look to move on from their four-year stays in Pittsburgh. The Steelers are looking long-term at both positions, and their actions speak to the direction of the franchise.

Share All sharing options for: NFL Free Agency: Mike Wallace and Keenan Lewis look to move on despite efforts from the Steelers

The last few hours of Mike Wallace's tenure in Pittsburgh are about as quiet and obvious as the last year. For one reason or another, he didn't want to be in Pittsburgh. Financial, climate-related, whatever, he rejected the Steelers offer last season, and essentially waited it out, doing the best he could do (except for Week 17) to get to free agency.

Another one bites the dust?

His high school teammate, Keenan Lewis, flew under the radar through the open negotiation period that came before the official start of free agency. That left perhaps a false hope that the Steelers were working out some kind of last minute deal with Lewis.

Just like Wallace, though, the dollars are what will ultimately count. They count for Lewis, who has to be excited about the amount of offers Dolphins Sean Smith is allegedly bandying around. Lewis is the more accomplished of the two players. They count for the Steelers, who have Cortez Allen, who's a little bit taller and more athletic than Lewis, waiting in the wings, looking to follow Lewis's footsteps by starting in the final year of his rookie deal. 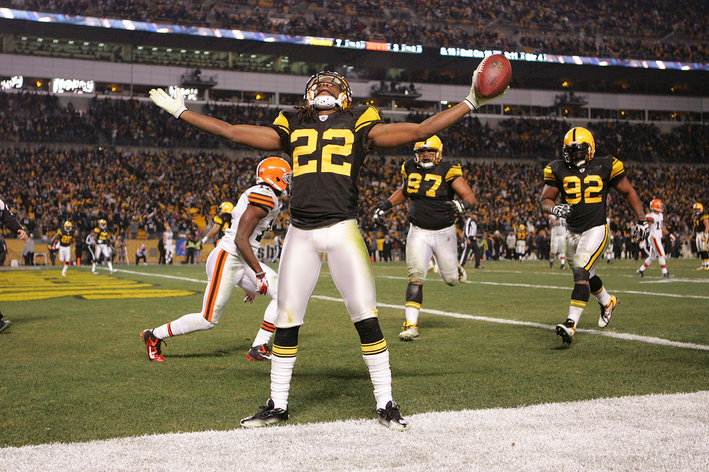 Does the signing of William Gay indicate the team is moving on without Keenan Lewis?

Post-Gazette reporter Ed Bouchette basically wrote off Lewis's chances of returning, suggesting the Steelers signing Lewis now is tantamount to a magic trick. For as talented as Lewis is, the fact the team signed William Gay to a three-year deal (not one or even two) suggests strongly he is more Lewis Insurance than Lewis Back-up.

The Steelers invested in Antonio Brown when Wallace said he wanted more money. They brought in William Gay to ensure they still have three pro-level cornerbacks for the 2013 season, and two in 2014 - when Ike Taylor will most likely be released due to a bloated cap number.

The money the team will spend will be on Allen next season. While the impact both Wallace and Lewis have had on the team goes without saying, but the future is with Brown and Allen.