Wallace's deal is for five years and $65 million, with $30 million guaranteed.

The piece of news everyone knew this free agency period was the inevitability of wide receiver Mike Wallace signing with the Miami Dolphins.

To no one's surprise, Mike Wallace is the newest Miami Dolphin.

Wallace signed a 5-year, $65 million deal to play in Miami, the team that seemed to be his only suitor through much of the final days leading into the start of free agency. Reports suggesting the Minnesota Vikings would be involved never seemed to stick, nor did the Vikings ever appear to be in the mix.

If Mike Wallace was given $30M guaranteed the only WRs he trails is Calvin Johnson (60M) and Andre Johnson (48M) in guaranteed money.

The deal makes Wallace one of the highest paid receivers in the game, with $30 million guaranteed well exceeding what Tampa Bay gave to Vincent Jackson last year, and Kansas City gave to Dwayne Bowe last week - both were also 5-year deals that each guaranteed $26 million. 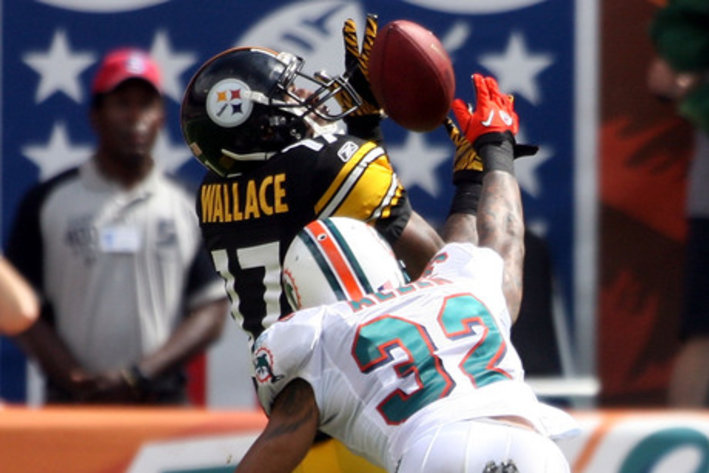 The big payday comes just one year after holding out of training camp and the preseason, after Wallace turned down a 5-year, $50 million offer from the Steelers. That offer, coming from the team that drafted him in the third round of the 2009 NFL draft, was used to sign WR Antonio Brown to a long-term deal upon being rejected.

Miami looks to be major players in this free agency market, and they likely signed the most expensive one of the year.