Ramon Foster says 'I have to be consistent in all areas'

The Steelers inked the veteran guard to a three-year deal in wake of free agency, one of several moves the team would end up making in one of the most active transaction days in team history.

Share All sharing options for: Ramon Foster says 'I have to be consistent in all areas'

The first of what ended up being four Steelers free agents to re-sign with the team, offensive guard Ramon Foster, told Steelers.com he was excited to have some stability after signing a 3-year, $6 million deal with the team on the brink of free agency.

"The history of the Steelers is something that went into it," he told the team's web site. "Knowing the guys in the offensive line room was a big factor. There was a coaching change at our position, but you still have the core there with Coach (Mike) Tomlin and the others who have been around the team."

That is an offensive line that will return largely intact for the 2013 season, but with all members fully healthy - to start the year at least.

They'll have back offensive tackle Marcus Gilbert and Mike Adams, both of whom finished the season missing games due to injury. Second-year OG David DeCastro played in the team's final three games after missing most of the season with a knee injury. Center Maurkice Pouncey battled through bangs and bruises to play in 15 of the team's 16 games (although he was injured on the first snap of their Week 6 loss to Tennessee). Left tackle Max Starks isn't expected back in 2013.

Chris Rainey speaks about his release 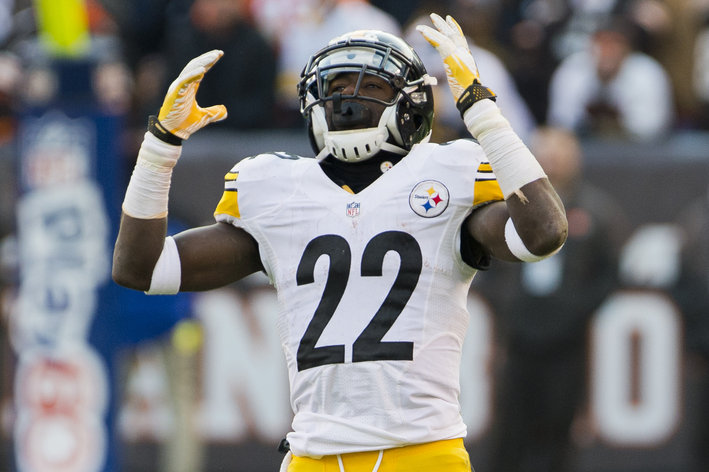 Former Steelers running back Chris Rainey had some interesting comments about getting cut by the Steelers this offseason.

Still, with the amount of different people beside him due to various issues over the last few years, Foster still noted, not at all tongue-in-cheek, the value of stability.

"Stability is a major part of the way guys play and the way guys succeed. I am glad I didn't have to find that out."

Stability is as rare as gold among the Steelers offensive line, and could be worth as much, if the team is able to field the same offensive line unit for a consistent stretch of games. Foster will play a part in that, whichever position they have him play.

That's the question leading into the first full day of the new league year, and the 2013 free agency period. Reports indicate offensive guard Willie Colon will be released with a post-June 1 designation, meaning he will become an unrestricted free agent but the post-June 1 designation will save $5.5 million on this year's salary cap. it also pushes dead money into 2014.

The deal the Steelers got on Foster ($6 million over three years with $800,000 guaranteed) is a steal and likely the reason they'll now make a move on Colon. That is expected to come today. Even with a low price tag, Foster now becomes something of a veteran presence on a young line, and he'll need to improve his craft just like the others will.

"I need to be more consistent in all facets, run blocking, pass blocking, everything," said Foster. "I need to grow in all areas."