Willie Colon expected to be released

A report indicates Steelers offensive guard Willie Colon will be released today as a post-June 1 designation, meaning the Steelers will save $5.5 million against the salary cap in 2013.

Share All sharing options for: Willie Colon expected to be released

Post-Gazette reporter Ed Bouchette wrote Wednesday the Steelers intend to release offensive guard Willie Colonwith a post-June 1 designation. By doing so, the Steelers will save $5.5 million against this year's salary cap, but push $4.3 million in dead money on next year's cap.

The signing of Ramon Foster could have perpetuated the move. The Steelers got Foster on a 3-year, $6 million deal with $800,000 guaranteed, a far cry from the $7.5 million Colon was due just this season.

It also likely indicates the Steelers have their five starting offensive linemen in place for the 2013 season - Marcus Gilbert and Mike Adams will start at the tackle spots, although it's yet to be announced which one will be where. Stalwart Maurkice Pouncey will remain at center with second-year man David DeCastro at right guard and Foster at left guard.

Kelvin Beachum will likely serve as the swing tackle, but could also be utilized at either guard spot. He was an option to replace Colon at left guard, and could still be moved inside. 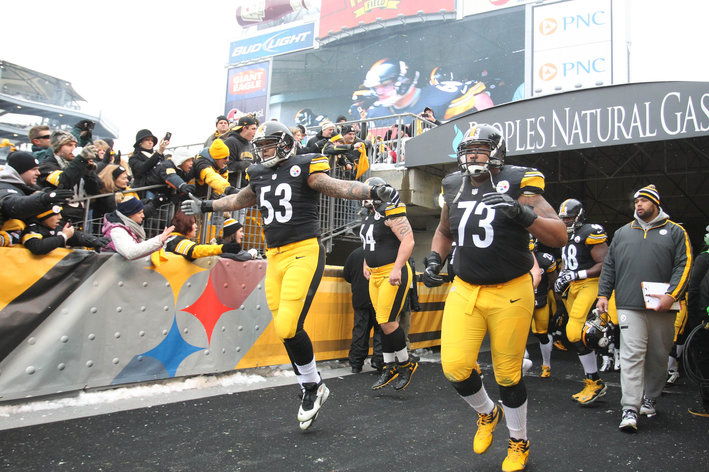 Ramon Foster speaks after signing a three-year deal with the Steelers. He will likely take over for Willie Colon at the left guard position for the 2013 season.

Back-up center Doug Legursky remains an unrestricted free agent, but depending on any other moves the Steelers make between now and training camp, he could be brought back. Considering Pouncey's injury history, the Steelers will ensure they have a game-ready back-up at his position.