Kevin Colbert on free agent departures: 'We lost pieces from an 8-8 team'

General manager Kevin Colbert and head coach Mike Tomlin spoke to the media from the owner's meetings, which began Sunday in Phoenix.

Share All sharing options for: Kevin Colbert on free agent departures: 'We lost pieces from an 8-8 team'

Perhaps an overlooked piece of the recently re-worked Steelers roster was bluntly pointed out to the media by general manager Kevin Colbert from the owner's meetings in Phoenix Sunday.

As written by Alan Robinson of the Tribune-Review: "General manager Kevin Colbert all but shrugged off the departures of Wallace, Lewis and Mendenhall to free agency, saying, "You could also argue that we lost pieces from an 8-8 team."

Those losses may or may not be realized as negative aspects to a 2013 season that hasn't been played yet, but the message is clear enough, just like it was at the end of the 2012 season; 8-8 is not acceptable, and there are a lot of other players who finished 8-8 in Pittsburgh last year.

Does that suggest any other moves are coming? Maybe, maybe not, but Colbert's perspective is refreshing; if you continue doing what you are doing, you're going to continue to get the results you're getting. 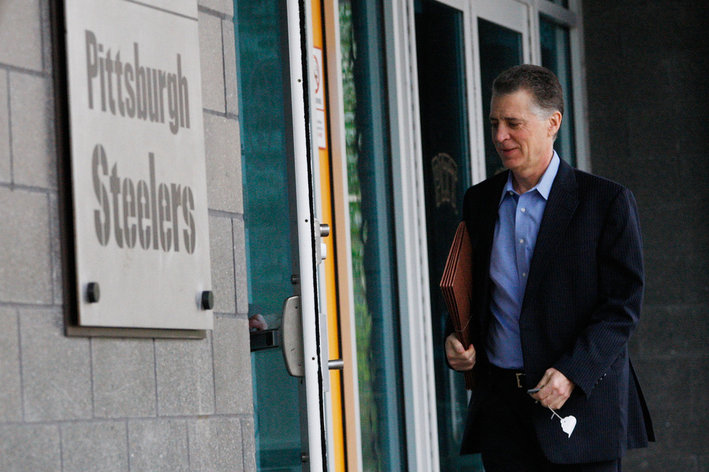 This franchise operates within the framework of a system. This off-season shows that.

Steelers coach Mike Tomlin was also in attendance, and interestingly mentioned the team "must add a running back," according to Robinson. Ahmad Bradshaw joined the list of possible free agent targets Sunday, although clearly there is still plenty of time left - even in this new-world Steelers free agency where players are signed quickly.