Tomlin says team 'must add a running back,' question is which one and where

Diving into comments Steelers head coach Mike Tomlin made about his current group of running backs, the result could be an addition from either free agency or the draft. Here are some options in both.

Share All sharing options for: Tomlin says team 'must add a running back,' question is which one and where

Steelers coach Mike Tomlin told the Tribune-Review the team "must add a running back," amid a conversation with the media at the annual owner's meetings in Phoenix Sunday.

He told the Post-Gazette, "Obviously, we need to add to the pool of talent we have at the position."

Obviously. The team is so stacked at running back, they need to add more.

There's always Bad Wheel Beanie, and the low-priced risk the Steelers could take on the former first round pick.

The crickets are chirping loudly around Michael Turner, as teams will likely wait a while on him.

The free agency market isn't the best for running backs, considering if they're coming at a low cost, there's a risk associated with them. If there's little risk, there's a big price tag. So what about the draft? 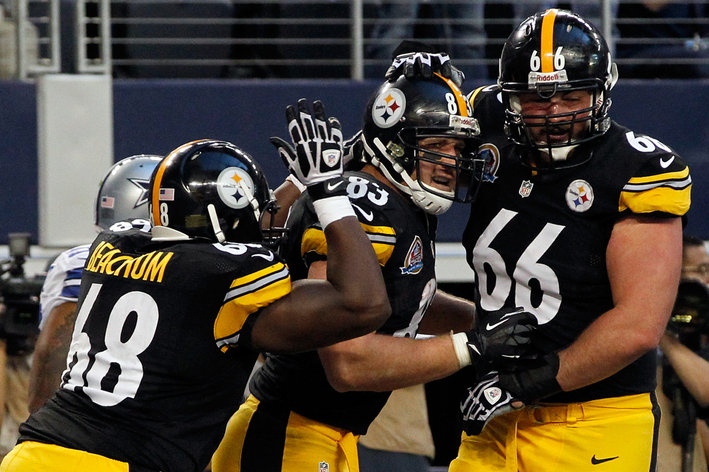 The Steelers will likely run out of zone more often this season. How does it work?

We've mentioned the Christine Michael vs. Eddie Lacy Debate, and the Steelers could very well be interested in either one of them. We've also discussed how zone blocking works, and pointed out some of the traits necessary in an outstanding zone runner, assuming Pittsburgh will be taking a more aggressive dive into that system this season.

All of this trumps the fact the Steelers gave both Isaac Redman and Jonathan Dwyer original round tenders in restricted free agency, meaning they're each on the hook for $1.3 million this season. That's a healthy chunk of cash for two players who haven't stayed healthy through their careers.

Perhaps that's why Tomlin is putting the feelers out on the free agency market.

Check out our Free Agency Stream for all the Steelers' moves on the market, and our NFL Draft Stream has all coverage of the upcoming draft.