The Steelers hired offensive line coach Jack Bicknell Jr. this offseason. What can we learn by looking at some film of the Kansas City Chiefs, and what does it portend for the future of our offensive line?

We ran this in March, but in wake of the Steelers vs. Chiefs preseason game Saturday, and the fact it fits with other film breakdowns we'll have on the site Wednesday, we're bumping it up. - nc

It seemed from the start Steelers head coach Mike Tomlin was excited about the hiring of his new offensive line coach, Jack Bicknell Jr. from Kansas City.

More than anything, Tomlin knows what it's been like going against an outstanding running game in Kansas City the past few years.

"The proof is in the pudding," said Tomlin. "When I had an opportunity to look, not only at what he says from a presentation standpoint but also at what the tape looks like, it was attractive. Obviously they were in a tough situation this past year in Kansas City from a team standpoint. Their record reflects that. They had some instability at the quarterback position, but they ran the ball and they ran the ball consistently."

I decided to try and do what Tomlin said and take a look at the tape. As Tomlin mentions, it is quite impressive. I thought the best place to start looking was the game against the Steelers.

More: Steelers Draft Hub Tomlin will see you in the fall

The thing that really strikes you about this play is the efficiency with which the offensive line is moving. Everyone is taking their steps in synchronization. Everyone has their shoulders titled at the same angle. Everyone has great hand placement. This is very important, and it's the result of outstanding coaching and continuity.

The Steelers were riddled last year (and previous years) with holding penalties because their hands got outside of the framework of their body. Not the case here.

One other thing to point out is the fact that the offensive linemen all do a good job of running their feet through contact. Because their feet do not stop, they are able to maintain contact and finish their blocks well.

Notice also what the Chiefs are doing here schematically. They are blocking Hampton with just center Ryan Lilja, so they can double team Ziggy Hood to the linebacker. Plain and simple, Lilja is not as good as Maurkice Pouncey. Bicknell must be relishing the opportunity to work with the three-time Pro Bowl player.

I can't emphasize what good coaching this really is against a very good run defense. The Chiefs offensive line has some talent, but this is outstanding coaching more than anything else. Great footwork, great hand placement, great timing. Most importantly, you see this from everyone.

The Steelers have not really majored in the stretch play for a while. Since Russ Grimm was coaching the offensive line, we have done a lot with the off tackle power play. We ran inside zone (we featured it in an article earlier this year), lead draw, some toss, but the off tackle power was our fundamental run play.

I can't see Bicknell not wanting to run the stretch as he did at Kansas City. If that is the case, as many people have commented, we may need to change some of the personnel of the offensive line. While a lot of attention has been paid to Chance Warmack and Jonathan Cooper, less has been paid to the position of tackle. Will the Steelers be in a position to draft a Lane Johnson of Oklahoma. 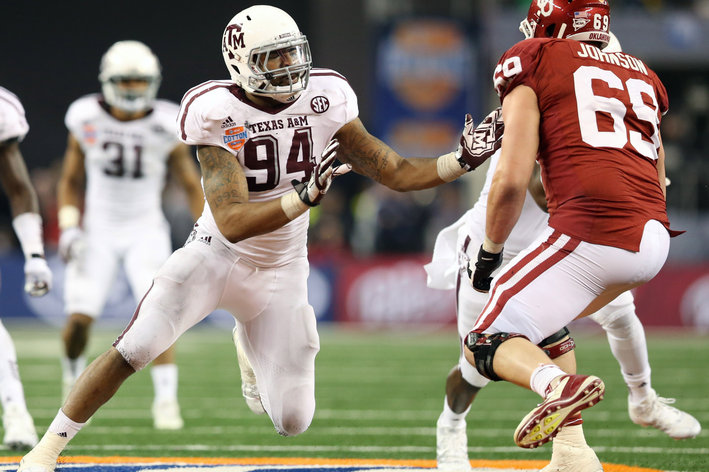 BTSC's Neal Coolong writes about Oklahoma OT Lane Johnson and how he may force the Steelers to make a difficult choice with the No. 17 pick.

It seems, top to bottom, the Steelers have the athleticism along its offensive line to run this kind of scheme. While Steelers coach Mike Tomlin mentioned earlier this week they aren't looking to run one scheme in total, it's a very strong bet they will employ this play and others like it this season.