Steelers coach Mike Tomlin will see you in the fall

Eloquent as always, Steelers coach Mike Tomlin tells fans and opponents where they can find him this fall.

Share All sharing options for: Steelers coach Mike Tomlin will see you in the fall

In March, even while he's lounging at the Biltmore Resort & Spa in Phoenix, the site of the yearly owners' meetings, he's looking ahead to competing.

He bristled when asked whether he felt the Steelers were in decline.

On BTSC: Steelers hybrid blocking Tomlin on read option Weight of the Worilds

This isn't to suggest Tomlin isn't aware of the amount of players the Steelers let walk in free agency. He speaks more to a larger plan; one that will be unveiled, or at least will have materialized, by the time the regular season starts.

Tomlin isn't one who will share details with the media, but rather, speak to a high purpose in the actions of his team. He was candid in regards to his definition of good teams ("good teams win close games,") and felt the Steelers offense started off well under offensive coordinator Todd Haley and "waned down the stretch."

It seems that's the exact issue Tomlin is generally referring to. A team that started off slowly hit a high gear by midseason. Injuries and a lack of depth in some areas caught up to them, and the wrong personnel for what they were trying to accomplish combo-blocked them to the ground.

Perhaps that's what's behind the overhaul of the roster. General Manager Kevin Colbert wisely pointed out recently the team let a few guys walk, but they were guys on an 8-8 team. His higher point is suggesting no one is immune to the fact this team fell short in 2013. 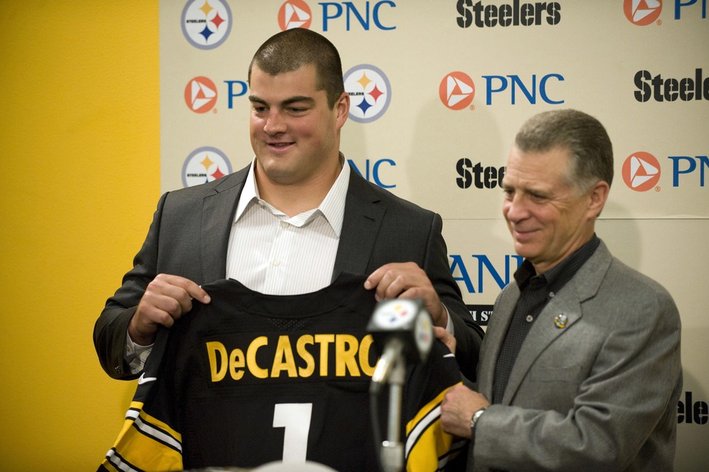 PaVaSteeler writes about a new look team in Pittsburgh this season

If anything, Tomlin provides the fight behind Colbert's diplomacy. He will compete, and he is assuring the Steelers will compete. They're just planning to compete in the fall, not in March.

And of course, he'll see you there.