Troy Polamalu is one of the biggest game-changing players in the NFL when healthy. Steelers coach Mike Tomlin knows this, and is sending a message to Polamalu that the team needs him to be ready for the season.

Share All sharing options for: Mike Tomlin wants Troy Polamalu to be ready

It didn't seem like Steelers safety Troy Polamalu ever got out of first gear last year.

Toyed with throughout the Steelers Week 1 loss at Denver, he suffered a calf injury that kept him out of action until Week 5 against Philadelphia. He lasted just a few plays into that before re-injuring that calf, and missed the team's next seven games.

Recent news: See you in the fall Tomlin excited to stop read option

Clearly, he's a player the Steelers need to compete on defense. They need him there to force turnovers, whether by his play or through the threat he carries around the defense.

Steelers coach Mike Tomlin knows it, too. Alan Robinson of the Tribune-Review pointed out Tomlin spoke about Polamalu, saying "I want him to be ready. I think he wants to be ready like everyone. I am not going to make more out of that than what it is."

Perhaps Polamalu's presence could have steered a few of those close losses the Steelers had in 2012 the other direction. They were 4-3 in his absence, which also crossed over with the time missed by quarterback Ben Roethlisberger and wide receiver Antonio Brown - amongst others. But an embarrassing loss at Tennessee came through pass defense that could not contain the less-than-Hall-worthy passing combination of Matt Hasselbeck and Kenny Britt. The Steelers lost 13-10 against Baltimore at home, a game in which they didn't force any turnovers while not allowing an offensive touchdown. 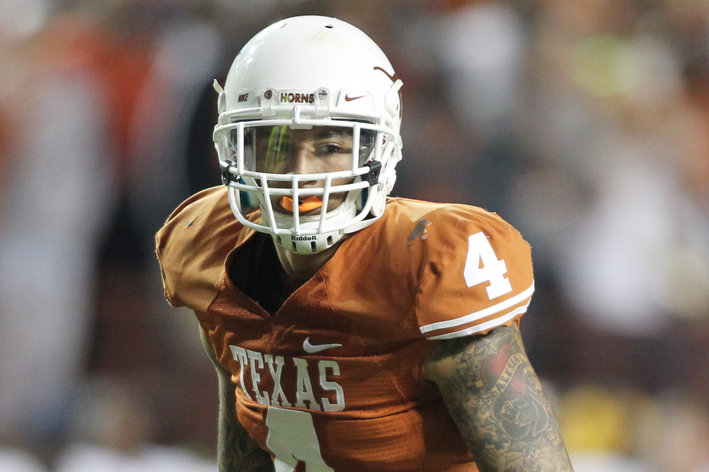 BTSC's Neal Coolong breaks down Texas safety Kenny Vaccaro, a possible target for the Steelers with the No. 17 pick in this year's draft.

It doesn't seem Tomlin is calling Polamalu out as much as sending a message the team needs him to be in outstanding shape from the start, and even considering the contributions Polamalu has made in his previous nine seasons, they can't afford to have him play his way into shape.

Maybe or maybe not a healthy Polamalu makes a difference, but we know for certain an injured one does. In a negative way.