Upon arriving at Pittsburgh in 2007, Mike Tomlin took over a veteran team that was only two years removed from winning the 2005 Super Bowl, and had on his roster a franchise quarterback in Ben Roethlisberger, skilled wide receivers and a defense made up of such luminaries as Aaron Smith, Troy Polamalu, Ike Taylor, Casey Hampton and others who fully upheld the Steelers' long history of dominating defenses.

Share All sharing options for: Tomlin’s final lesson in the Steelers’ Way

Tomlin has probably incurred the rancor of scores of head coaches, past and present, who only wish they could have been handed such a championship caliber roster of players and coaches on their first head coaching job. From the time he assumed the head coach position, Tomlin has been surrounded by top tier players and coaches, and has had the support of a front office and ownership that has developed and proven the Steelers' Way of building and operating the most consistently successful NFL franchise since the advent of modern day football.

With the Rooney's being the constant face of ownership, and general manager Kevin Colbert having been on board since 2000, Mike Tomlin walked into a situation where only the most inept of coaches could have messed things up (and the Rooney's do not hire inept coaches). Tomlin has contributed his own unique and considerable football knowledge, talent and character to the Steelers' Way and guided the Steelers to heights no other team has reached by leading them to their sixth Lombardi trophy in 2008 and to the penultimate step on the stairway to seven in 2010.

Mike Tomlin has benefited from, and certainly has added to, the Steelers' Way, but his experience with the Steelers has been one-sided and in large part a product of the hard work and dedication of those who preceded him. He has never been in a position where wholesale changes had to be made, and he certainly has never held a position where the veil of his autonomy is being politely yet inevitably stripped away.

Until now. Welcome to the other side of the Steelers' Way, Mr. Tomlin.

When Mike Tomlin was selected to be the third head coach of the Pittsburgh Steelers since 1969, he was 34 years old, and had been a defensive coordinator for the Minnesota Vikings for all of one year. Previous to the Vikings, Tomlin was with the Tampa Bay Buccaneers for five years as their defensive backs coach. Prior to his entry into the NFL with Tampa Bay, Tomlin had spent six years as a college coach with VMI (one year), Memphis (one year) Arkansas State and Cincinnati (two years each).

In essence, Mike Tomlin has never faced the level of adversity that truly tests the skills and character of an NFL head coach; he has never built, or totally re-built a football team. Tomlin has never had to manage an NFL roster where the majority of players have little history or experience with losing, or falling short of their potential and thus have not learned to persevere. Tomlin has never had to deal with a group of young men upon whom there are such high expectations but who have no one other than Tomlin and his coaches to lead them because the older veterans, those who contributed to the sustained high level of success as the Steelers have enjoyed since 2001, are either gone or their talents have seriously eroded to the point where they are mere reflections of their reputations.

Until now. Welcome to the other side of the Steelers' Way, Mr. Tomlin.

In essence, Mike Tomlin has never faced the level of adversity that truly tests the skills and character of an NFL head coach; he has never built, or totally re-built a football team.

Yes the Rooney's and their general manager are extremely patient; they recognize that coaches and teams are going to have a bad year now and then. Yes, the Steelers are known for giving their head coaches time to learn and grow, and most certainly yes the head coach is a major part of the decision-making process.

But make no mistake, the organization belongs to the Rooneys; the Steelers are the Rooneys' team, and they (and by extension their general manager) are in charge.

Thus Mike Tomlin now faces a situation for which he has no practical experience; he is "in charge" as the head coach of the team, but the Steelers' Way will dictate what players are kept and what players such as OLB James Harrison or LG Willie Colon are released, or are allowed to leave via free agency like C Keenan Lewis or RB Rashard Mendenhall.

It might be easy to attribute these moves solely to the Steelers' need to comply with the salary cap, and that would not be incorrect. But it would be incomplete. The trading of Santonio Holmes, the Super Bowl MVP for the Steelers in 2008, had nothing to do with the salary cap, and what head coach would not want a player of Holmes' talent on his team. But he was traded.

Mike Tomlin, in response to a reporter's question after the conclusion of the 2011 season, said that Bruce Arians would be back as offensive coordinator in 2012. However, Tomlin's inexperience blinded him to a very important factor: the Steelers' Way.

Business is personal to fans 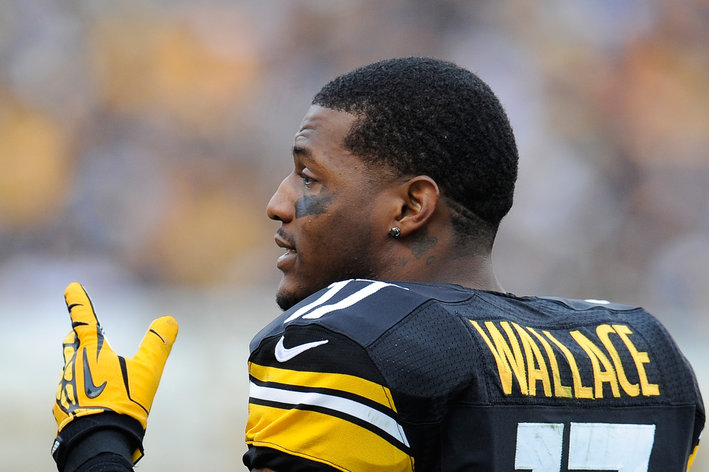 BTSC's Anthony Defeo discusses the personal side of free agency

In a manner that is most genteel, and lamentably missing from most NFL teams and professional sports in general, the Rooney family exerts near invisible but complete control over their team even while relinquishing day-to-day duties to front office personnel and the head coach. Which is why, after Art Rooney II made a rare public comment in 2010 regarding the running game, Mike Tomlin found himself looking for a new offensive coordinator in 2012. By going public with his comment, the CEO of the organization gave the head coach and offensive coordinator formal notice to produce the results he wanted; in keeping with the Steelers' Way, both were given plenty of time to achieve the desired result, but even the saint-like patience of the Steelers' owners has its limits.

The Pittsburgh Steelers are at a cross-road (the idea of them being "in transition" having been formally denied by general manager Kevin Colbert, apparently due to "transitions" not being part of the Steelers' Way). The core of players that the organization decided to hold onto as long as possible, and the core Mike Tomlin inherited and coached to two subsequent Super Bowl appearances, is being dismantled.

After a meteoric and illustrious seven year head coaching career, Mike Tomlin is only now facing the harsh lessons the "school of hard knocks" teaches most other head coaches at the beginning of their careers. It may be difficult for a man as intelligent, prideful, and accustomed to success as Tomlin is to experience these sort of lessons now, but Tomlin finds himself once again in a most enviable position with a talented general manager and a supportive owner who will work patiently and tirelessly to help him succeed. That is, as long as he does it the Steelers' Way.