The Steelers are linked to free agent defensive end Dwight Freeney. While he doesn't appear to be the Freeney who notched double-digits sacks like it was nothing anymore, it's an intriguing option for the pass rush-starved Steelers.

While free agent defensive end Elvis Dumervil has been mentioned recently as an alleged target of the Steelers, a new target has emerged.

According to Pro Football Talk, former Colts DE Dwight Freeney is on the Steelers' radar now, as well as the Ravens' and the Broncos.

The Broncos released Dumervil this offseason and are looking to sign him back at a lower price. The Ravens have been linked to him a bit more forcefully, but according to Aaron Wilson,they have not scheduled a visit with him yet.

Pittsburgh's interest in either player is exciting but borderline unbelievable news. It would indicate the team is looking to upgrade its recently sagging pass rush, but either player looks more single-dimensional (read: not great against the run) than is typical for a Steelers front seven defender. 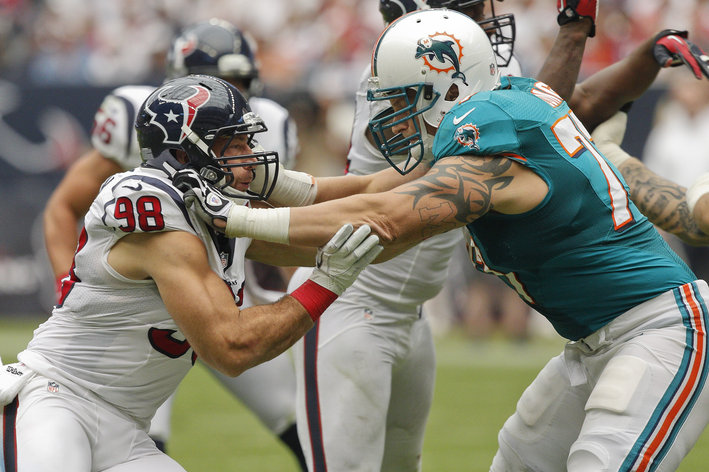 All the latest free agency news on Behind The Steel Curtain

Stranger things have happened though, and if there is legitimate interest from the Steelers, they could close in on either player soon. Given their cap situation, however, it's more likely signing either player would bring with it another release.

The Denver Post reports if the Broncos do not sign Dumervil to the three-year offer they've given him, they are expected to go after Freeney or John Abraham.

Freeney is coming off a career low 12 tackles, and his five sacks was the lowest total he's had since 2007, when he only played in nine games.

The Steelers most active free agency period in years continues.