A Golden opportunity at safety for the Steelers in 2013

With their all-world safety tandem reaching the end of their collective run in Pittsburgh, the Steelers will be actively pursuing capable replacements. Perhaps, they are already under contract.

Share All sharing options for: A Golden opportunity at safety for the Steelers in 2013

An era is coming to a close for the Pittsburgh Steelers, as the team slowly moves away from the tenured veterans who helped return the team to championship glory. With starting safeties Ryan Clark and Troy Polamlu reaching the ends of their respective careers, the team will very soon be in need of some suitable replacements.

The first expected to be gone is Clark, who is playing out the final year of his contract in 2013. Polamalu has one more year remaining than Clark. Both require the team to start searching now.

While Captain Obvious would declare how easily the organization would find one in the upcoming draft, reality states nothing is ever so simple. Just being drafted does not make one a legitimate NFL starter.

Recent years have taught us the Steelers expect young players to need at least two seasons to become acclimated with the defensive system. If this is true, Clark's replacement would have to be on the roster already. An exceptional player may be able to start after one season, but there is no guarantee Pittsburgh will find such an exceptional player in the draft.

Maybe, they don't need to.

The Steelers have two former undrafted rookies currently on the roster who have the potential to be NFL starters, however they have a lot yet to prove before the team will be confident enough to not make the position a draft priority.

Robert Golden made, and remained, on the 53-man roster all year in 2012. He contributed on special teams, and as an extra cornerback late last season when Ike Taylor broke his ankle, followed by Keenan Lewis and Cortez Allen dealing with minor injuries of their own. While Golden did not surpass entrenched veterans Ryan Mundy and Will Allen on the depth chart, he was impressive enough to maintain his job. The coaches have spoken highly of his potential.

Is James Harrison thinking about retirement? 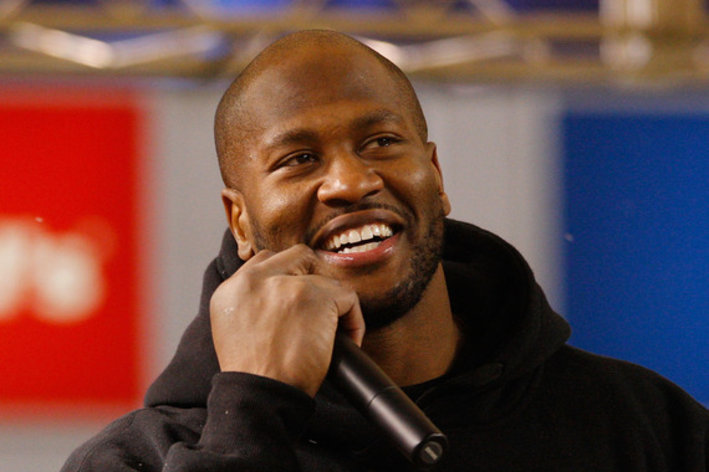 Da'Mon Cromartie-Smith has been with the Steelers for three years now, spending most of his time on the practice squad. He has made the active roster a few times, but usually as special teams help during injury-riddled times. He had an opportunity to prove himself prior to 2012 during the pre-season, but his own injuries limited his ability and eventually led to corrective surgery. He did play during regular season action in 2012. While few feel confident in Cromartie-Smith as a long-term solution, he has earned enough favor in the coaching staff to keep him around all this time. It is unlikely the team would invest this much time and effort in a guy they expected nothing from.

It is very unlikely both players will earn their place as starters, but they do have the inside track on both starting spots when they become available. Even should the team draft one or more safeties in the next draft or two, Golden and Cromartie-Smith will have a leg up on the competition due to their familiarity with the defensive system.

Golden has two seasons, plus a third season as a RFA, remaining on his contract. Even if he can't earn a starting spot, he could develop into a consistent reserve, especially regarding his flexibility to play corner when needed. Cromartie-Smith has a slightly tougher road ahead of him. With only a one-year contract, he will be auditioning for a future with the team. This makes him the most expendable should the team draft a safety.

However, should the team not find any good options available in the draft, both Golden and Cromartie-Smith will need to seize their opportunity to make names for themselves, and find their own places in the NFL - hopefully, a home in Pittsburgh.