2013 NFL Draft: There are still Moans for Jones

Prior to March 21st many of us in SteelerNation were in the "Moans for Jones" camp. Now after a poor pro day many seemed to have jumped ship.

Share All sharing options for: 2013 NFL Draft: There are still Moans for Jones

Prior to March 21 many of us in SteelerNation were in the "Moans for Jones" camp. With the releasing of James Harrison there is a void to be filled at the right outside linebacker position and Georgia's Jarvis Jones was thought to be an ideal candidate to fill the position. Many thought it was impossible for him to fall all the way to the 17th pick.

The only hope was that enough teams would be scared off by Jones' spinal stenosis condition that the Steelers would see Jones incur a draft day fall. According to a report from the National Football Post, a leading orthopedist concluded that Jones never had a significant spinal-cord contusion while at USC and that it was a mild incident of spinal-cord concussion or a stinger.

But now there is apparently an even more menacing problem on the horizon for Jones and that is the dreaded poor forty time, and that brings us to March 21st. Jarvis Jones was never expected to blow people away with his athletic measureables. He's not on-par athletically with such prospects as LSU's Barkevious Mingo or Oregon's Dion Jordan but no one expected Jones to run a 4.92 forty time at his pro day. He also had a mediocre 20 reps on the bench press as well as a vertical of only 30.5 inches. To put that last number in prospective Jones' teammate Kwame Geathers, all 342 pounds of him, managed a vertical of 29 inches, only an inch and a half short of Jones. Just terrible, horrible numbers right? The Steelers should just take him off of their draft boards entirely shouldn't they?

Well maybe not so fast. It's hard to ignore two stand out years of production in the toughest conference in college football. As a sophomore Jones had 70 tackles, 19.5 tackles for loss, 13.5 sacks, and 2 forced fumbles. In his second and final year at Georgia Jones had 85 tackles, 24.5 tackles for loss, 14.5 sacks, 7 forced fumbles, and 1 interception. He did this all while playing outside linebacker in Georgia's 3-4 defense, so unlike many other prospects the Steelers might consider there's no need to project how Jones will fair standing up as an outside linebacker. Still a lot has been made of Jones' decision to skip the combine. Rumors were flying around that Jones wasn't healthy enough to compete, possibly due to complications with his spinal stenosis. It's now been reported that Jones skipped the workouts because he had been so busy this draft season being checked out medically by doctors that he had not had the requisite time to prepare for the combine. Maybe that is the reason for his poor pro day performance as well. Who knows? For what it's worth Jones was said to look good during the field drills.

Measurable numbers like the 40 yard dash can be an indicator of future success but they can also be incredibly deceptive. There are countless stories of "combine warriors", players who scored off the charts at the combine but who also went on to accomplish nothing in the NFL.

There aren't always winners and losers in free agency 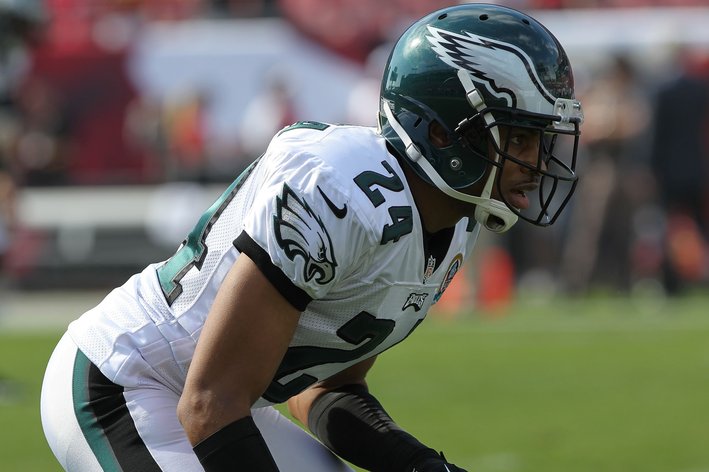 Some people are infatuated with Barkevious Mingo, another prospect the Steelers will certainly consider for the 17th pick in the draft. His combine performance was incredible. He's nearly identical in size to Jones but managed to run a 4.58 40 and had a 37 inch vertical leap. Those numbers are certainly leaps and bounds better than Jarvis Jones. But his production not is near where Jones' is, at least not this past season. That's not to say that Mingo won't be an amazing pass-rusher at the next level, perhaps even better than Jarvis Jones, it's simply to say that the draft is a craps shoot and that eye-popping drill numbers aren't the whole of the equation for success.

An interesting article was posted by ESPN's AFC North blogger comparing Jarvis Jones' bad pro day to another pass-rusher who had similar questions facing him during his time under the microscope and that was hated Ravens nemesis Terrell Suggs.

A decade ago, Suggs ran slower than expected in the 40-yard dash, which caused him to fall from a top-five prospect to No. 10 to the Ravens...Their situations are similar. In 2003, Suggs dropped down to 257 pounds for his pro day and still ran the 40-yard dash in the 4.8s. On Thursday, the 246-pound Jones was clocked at a plodding 4.92 seconds...

I think we can all agree that while everyone here in SteelerNation absolutely loathes Terrell Suggs was also have nothing but respect for his abilities as a pass-rusher. In many games he's been a nightmare for Ben Roethlisberger.

That same ESPN blogger also went on to say...

I remember Ravens officials were pleased by Suggs' slow 40 times because it increased the chances of him falling to them. Then-coach Brian Billick put it in perspective when he said defenders never have to run 40 yards to sack a quarterback.

The exact numbers for Suggs' pro day were a 4.85 40 time, 19 reps on the bench press, and a 33 inch vertical leap. Sounds familiar right? Suggs and Jones even had some of the same questions facing them when coming out of the college ranks.

Anyone who is a fan of draft season knows Walterfootball. Regarding Jones abilities in run support he had this to say:

In run defense, Jones is best in pursuit. He isn't particularly stout at the point of attack when runs come directly at him. Jones is a very good tackler even though he could use more bulk.

And here's what Sports Illustrated said regarding Terrell Suggs:

Lacks bulk, size and has difficulty getting off blocks once engaged with bigger lineman. Seemingly takes wide angles at times hoping to avoid lineman altogether.

The bottom line is that the NFL draft is a gamble no matter what. No amount of college production or athletic ability can guarantee a prospects success in the NFL. If it could we wouldn't have so many first round busts and late round gems. By now everybody knows that I'm in the "Moans for Jones" category, slow 40 time be damned. He has all the skill and instincts to be great, or he could just be a total bust. Head coach Mike Tomlin was in attendance during Jarvis Jones' pro day so maybe he got a real feel for how Jones is as a man and as a player. I guess we'll find out on April 25 if he's still on the board when the Steelers are on the clock.