Are the Steelers one of the teams showing interest in Vince Young?

While most of the NFL world was focused on a highly touted safety prospect, another player working out at the same pro day may have garnered a few looks of his own, possibly from the Steelers.

Share All sharing options for: Are the Steelers one of the teams showing interest in Vince Young?

In an off-season where the Pittsburgh Steelers have been more than generous with second chances, perhaps they have enough left in the tank to give one more.

Mike Tomlin was at the Texans pro day yesterday, which led most of the NFL to believe he was there to scout Kenny Vaccaro, a safety projected to not survive the first round of the upcoming NFL draft in April. However, Vaccaro was not the only applicable prospect on display this day.

Former Buffalo Bills, Philadelphia Eagles and Tennessee Titans quarterback Vince Young is making a valiant effort at an NFL comeback, as he was also present and working out at the pro day. Reportedly, he had a decent showing and several teams have shown some interest.

Young has been widely labeled as a bust, but unfortunately most of those labels come as sour grapes from those who don't understand why his numerous physical talents failed to translate to the professional game like many had hoped they would.

In many instances, three strikes means you're out; perhaps Young's stint with the Bills was just a fouled-tip.

Did Young have a good stint with the Eagles? Not statistically, but in his defense, nobody played well for the Eagles at quarterback; and nobody outside of rookie Nick Foles did any better in 2012 without Young on the roster. There is a reason Andy Reid is now the head coach of the Kansas City Chiefs.

Young was with the Bills in training camp prior to 2012, but did not make it to opening day. Pittsburgh played Buffalo in the third preseason game, where they got to see Young first-hand in the second-half. How did Young do? He was terrible. In fact, his performance in this game is probably why he was cut in the end.

While his resume does not speak of a player who normally deserves another stint in the professional ranks, a case can be made in Young's favor - he was just in the wrong offenses.

Young may not have made any of his former teams into Super Bowl champions single-handedly, but none of those teams were very good when he signed their contracts, either. Football is the ultimate team sport, in that every player requires the coordination of multiple players simultaneously to succeed. While a player can drastically improve a team statistically, few men have ever created such a turnaround by themselves. Just because Young failed to be on of those guys, like he was so highly projected to be coming out of college, does not mean he is not capable of playing in the NFL.

When Young is not the only quarterback to struggle in Philadelphia in Reid's offense, or in Buffalo in Chan Gailey's (who was also fired following 2012, after his own run of mediocrity); why does this automatically mean he is not a viable option? Kevin Kolb is still working. Michael Vick is still employed. Ryan Fitzpatrick just found a new home.

Young was smart enough to not specifically list the teams who did express interest in him, leaving plenty of room for others to draw their own conclusions. No official reports have linked the Steelers to Young, but maybe they should.

Like Fitzpatrick, Young has hopefully gotten over his starting expectations, and is most likely looking to prolong his NFL career while his youth and health still allow. Fitzpatrick, after having been a perennial starter in Buffalo, is now content to be a backup with Tennessee. It's better to work for reduced pay at NFL levels, than to not work at all.

Considering his track record as a starter, it is unlikely anyone is considering Young as such an option anymore; even in this run-option trend we're experiencing. However, he possess all the necessary talents to be a solid backup. His asking price is guaranteed to be pretty low, unless a bidding war breaks out over him. 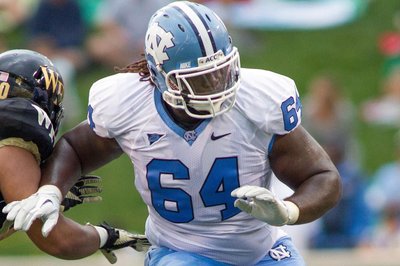 A look at the player evaluations written here on BTSC.

The Steelers depth chart has nothing but question marks following franchise leader Ben Roethlisberger. Byron Leftwich and Charlie Batch saw their contracts expire and have not been offered new contracts by the team. Journeyman Bruce Gradkowski was recently signed on the cheap, and John Parker Wilson was claimed off of waivers. Whether either player will survive until opening day has yet to be seen. Neither give any reason to not feel the room for improvement.

In Pittsburgh, Young would never be seen as a more favorable option as Roethlisberger; however, he is still young enough to push the starter in practices and game preparations. Young could even learn a thing or two from Roethlisberger, who has always insisted on operating through an unorthodox style.

The chances of the Steelers making a move for Young are realistically slim, but not completely impossible.