Former Steelers Will Allen signs with Dallas Cowboys as free-agent

After bailing Pittsburgh out as they went without Polamalu for most of 2012, the former Steelers and Buccaneers safety starts a new chapter in his career.

Share All sharing options for: Former Steelers Will Allen signs with Dallas Cowboys as free-agent

#STEELERNATION thank you for your continued support. I must say I had a great experience playing for the Steelers!!

If the Pittsburgh Steelers were viewing Will Allen as a plan-B, they may want to move on to plan-C.

Allen, an unrestricted free-agent, signed today with the Dallas Cowboys. He had reportedly agreed to terms with the Cowboys this morning, and was only awaiting the team to clear sufficient cap space to officially offer him a contract. Later in the afternoon, Dallas deleted wide receiver Anthony Armstrong and restructured the contract of backup quarterback Kyle Orton.

Allen spent three seasons with Pittsburgh starting in 2010, after beginning his career with the Tampa Bay Buccaneers as a fourth round draft pick out of Ohio State University.

During his time in Pittsburgh, most of Allen's contributions came on special teams, although it is his performances in the absence of Troy Polamalu which most garnered interest in him in free-agency. However, despite his successes, there is little room for him to progress in Pittsburgh.

Allen will be 31 in June of this year. Polamalu is under contract through the 2014 season, meaning Allen would have been 33 before he was expected to be a full-time contributor. Ryan Clark is playing the final year of his contract this season, however Allen was rarely used on Clark's side of the field. Those duties usually fell to fellow-former-backup Ryan Mundy, who recently signed a new deal with the New York Giants. Mundy was at the appropriate age for a re-up of his contract, but his play prohibited any further patience toward his development. Allen played well enough to be serviceable, but the team will be looking for a long term replacement and not a short-term band-aid.

While it was not surprising the Steelers didn't make an attempt to re-sign Mundy, many expected Allen to be brought back for his experience coming off the bench. Unfortunately, with his career coming to a close, Allen wanted to do more than just come off the bench. 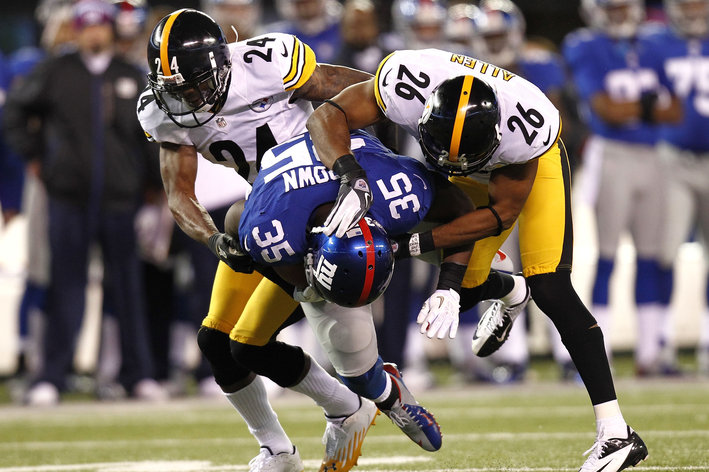 Neal Coolong spoke with Will Allen in November, 2012, and talked about the Steelers to that point in the season.

In Dallas, Allen will have a legitimate shot at a starting position, leaving little reason to wonder why he would not wish to remain in Pittsburgh, where he had none at all anytime soon.