Are you a fan of the 2013 NFL Draft Caps? We may be on the fence here, but one of them looks not bad.

These kinds of things aren't usually all that interesting to me, but I'm curious how many in BTSC's corner of Steeler Nation feel the same way.

New Era Caps has released images of the 2013 NFL Draft Caps, and while they all pretty much look the same, minus the colors.....I really can't find a way to end that sentence. 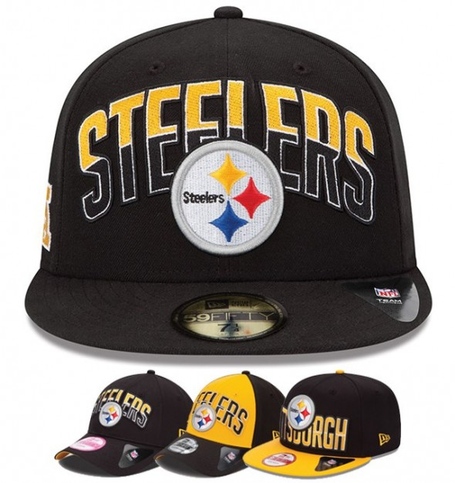 To be honest, I'm in need of a new hat (throw out the last one if they don't do "well" the previous season, I reserve the right to define "well"), and I might take a look at the one in the middle. I don't typically like the logo being overlaid on text, but that's just me.

I bought the draft hat after the 2006 draft; the white mesh back with a black front and just the logo onset to it. That was a great hat. Not sure why the POWER TEXT has to overpower logos nowadays, but that's the way it is.

(nod to Nice Pick, Cowher for finding this one)