The Steelers like having smart and experienced back-up safeties, and with the recent injury history of Troy Polamalu and the fact Ryan Clark can't play in Denver, signing an insurance policy like James Sanders makes sense.

Former NFL safety Adam Archuleta became the league's highest paid safety in 2006, when the Redskins signed him to a 6-year, $30 million contract. The hope in Washington was to pair him with emerging safety Sean Taylor and create an awesome deep secondary presence.

That presence was not to include Ryan Clark, who was left to walk in free agency. This was unfortunate for the Redskins, considering they traded Archuleta the following season, after he started only seven games for the team, and is considered to be one of the worst free agent signings in league history.

The Steelers signed Clark to replace Chris Hope, who had parlayed his starting position on the Super Bowl champion Steelers the prior year into a free agent deal with the Tennessee Titans.

Clark was to compete with Anthony Smith for a starting position over the next two years, with Clark overcoming injuries to take the position and never look back. Clark and Hope were and are smart players. Smith? Not so much.

There's a reason Clark and Hope played in the NFL last season and Smith did not.

A coaching change in Arizona has veteran safety James Sanders looking to sign with the fourth team of his professional career. He was drafted by New England in 2005, one year before Clark left Washington and the Steelers drafted Smith.

Sanders has sort of the same rep as Clark; he's a battle-tested-tough and smart safety who can be used in either spot, free or strong, and can play deep as well as provide an impact around the line of scrimmage. 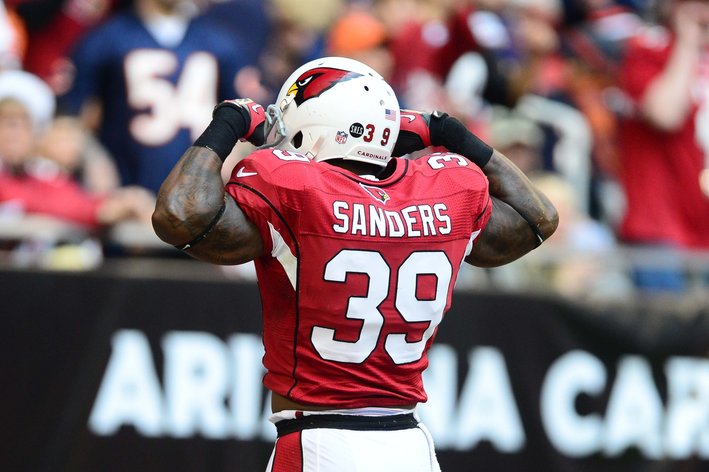 He's a strong leader who's been on teams that hasn't needed that kind of player; the Cardinals had the veteran presence of Adrian Wilson and Kerry Rhodes. That more than anything else led to his lack of playing time in 2012, but his experience and ability to contribute on special teams is reminiscent to Will Allen, a player who filled in nicely when called on to replace injured Troy Polamalu in 2012.

If he would sign with the Steelers, it wouldn't be as a starter, but the departures of Ryan Mundy (Giants) and Allen (Cowboys) this offseason led to something of a need at the position. The team is likely to address the position in the draft, but bringing in a veteran is a good idea.