A contract wasn't offered to Bradshaw, with a source citing results from his physical being the deterrent, but the team will check his progress in a few weeks, according to ESPN's Adam Schefter.

Share All sharing options for: Steelers and free agent RB Ahmad Bradshaw will stay in touch

The Steelers and free agent running back Ahmad Bradshaw didn't come to agreement on a contract, and ESPN's Adam Schefter says it's due to the results of the physical he took while he was in Pittsburgh Thursday.

Schefter also says the Steelers are still interested, but it makes sense to check back after a few weeks to see how his surgically repaired foot is healing.

It raises a bigger question though. Will the 2013 NFL Draft affect the Steelers' interest in Bradshaw at all?

Breaking down the broken down Bradshaw 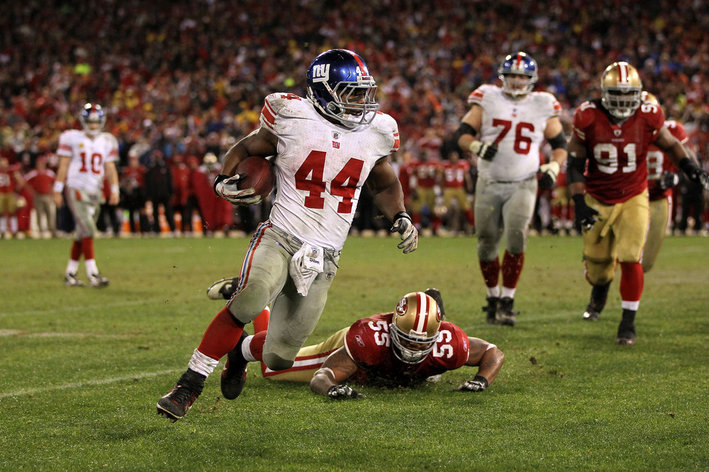 They can get a healthy yet inexperienced running back in the draft who would cost significantly less than Bradshaw, but Bradshaw is a risk-and-reward prospect right now. He can be signed on the cheap due to his injury history, and perhaps have large amounts of performance incentives inserted into his contract.

It was a smart visit for Bradshaw to make, and a smart guest for the Steelers to have. Bradshaw has been a productive player in his career, and if healthy, could be a key member of this team in 2013.