Harrison turned down a 30 percent paycut with the chance to earn it back with the Steelers. It remains to be seen whether he'll get that money from somewhere else, but teams will definitely be interested.

One of the best in franchise history 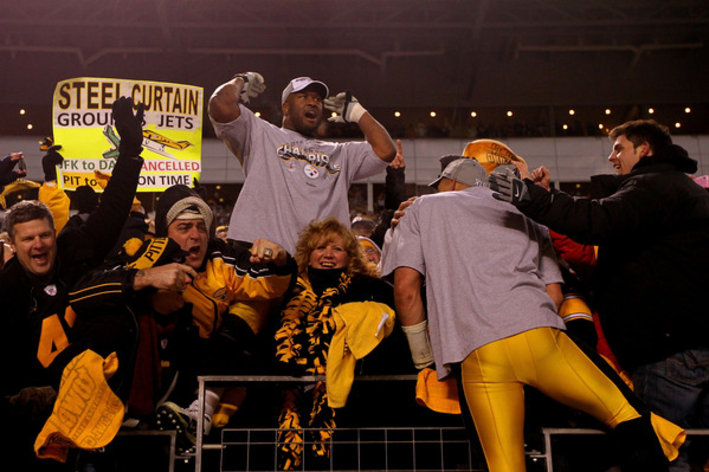 The Steelers released James Harrison into a very active market for his services.

In no particular order:

Ye gads. If Packers defensive coordinator Dom Capers is going to allow Clay Matthews to have zero run responsibility, then the team needs someone who can, you know, stop the run on the other side of him. Quarterback Aaron Rodgers is probably the best player in the game, but even he can't throw his way out of a run defense that's as bad as the Packers looked in the playoff loss to San Francisco.

In what could have been the worst defense in the history of the league, the Saints hired Rob Ryan (he's the best in the business, just ask him) and the plan was to install a 3-4 base look. The Saints couldn't play a 4-3 defense and they're under-manned to play in a 3-4. May as well be a 4-4 stack or a 9-1-1, the Saints are a horrible defensive team. They need Harrison, and a miracle.

Owner used to own the Steelers. Moving to a 3-4 defense. James Harrison is a badass. All seem like favorable arguments for the Browns, his hometown team and his greatest adversary. Harrison probably lost more than he won in 1-on-1s vs. Browns LT Joe Thomas (like most people do), but he made his impact with the savage beatings of nearly every offensive player they had. The Browns had to have noticed that, even if their players can't remember.

Ya ever notice a lot of former Steelers end up there?

Seems like they're the first to show interest, with a few bucks in cap space, and a long tradition of salvaging cast-off veterans and making them into serviceable (or better) role players, the Patriots could use his attitude and toughness. Unable to find a way to put Joe Flacco on the ground has forced them to struggle in the last two AFC Championship games, and a solid veteran or two could be enough to get this team its fourth ring of the Robert Kraft Era in New England.